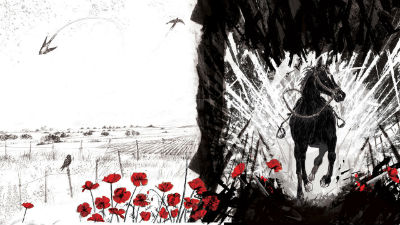 War Horse: The Story in Concert at the Royal Albert Hall | Read by Michael Morpurgo and Joanna Lumley

War Horse: The Story in Concert

The World Premiere of War Horse live sees Michael Morpurgo and Joanna Lumley taking to the stage of the Royal Albert Hall to read his poignant, emotionally-charged novel with musical accompaniment from the Royal Philharmonic Concert Orchestra..

War Horse is the tale of young Albert’s beloved horse; Joey. Sold to the cavalry and shipped to France, Joey witnesses the brutality of World War I from both sides where, even in the desolation of the trenches, Joey’s courage touches the soldiers around him. Albert cannot forget Joey and, still not old enough to enlist, he embarks on a treacherous mission to find him and bring him home.

War Horse is the powerful story of deep friendship surviving in terrible times – the power of war and the beauty of peace.

The World Premiere of War Horse: The Story in Concert takes place at the Royal Albert Hall on Thursday 27 October.

For more information and tickets, visit the website here.