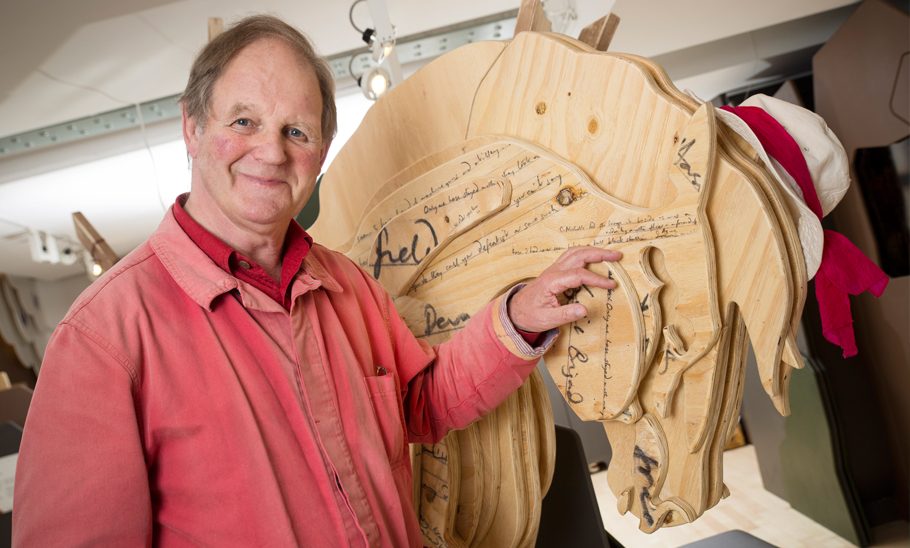 Michael Morpurgo: A Lifetime in Stories exhibition coming to the V&A Museum of Childhood this Summer

The life and exceptional writing power of Michael Morpurgo will be celebrated in a new, free exhibition at the V&A Museum of Childhood this summer (from the 22nd July to 25th February 2018). Michael Morpurgo: A Lifetime in Stories will look at Morpurgo’s life and writing process as well as the lives he has created for some of his remarkable characters. Joey, the original life-size West End horse puppet from the National Theatre’s award-winning stage adaptation of War Horse, will be on display at the exhibition.

Devised by Seven Stories, The National Centre for Children’s Books, in Newcastle-upon-Tyne, the hugely successful exhibition has been running at the Centre since 2016 and is now coming to London.

The exhibition will include draft manuscripts, photographs, notebooks and correspondence that chronicle Michael’s creative process and writing career, including the writing ofWar Horse, Kensuke’s Kingdom, and The Butterfly Lion, as well as artwork loaned by some of Britain’s greatest illustrators, including Sir Quentin Blake, Patrick Benson and Michael Foreman.  Explore an atmospheric soundscape and learn about Morpurgo’s themes of war, farming, and friendship as well as seeing inspiring original material for famed works like War Horse.