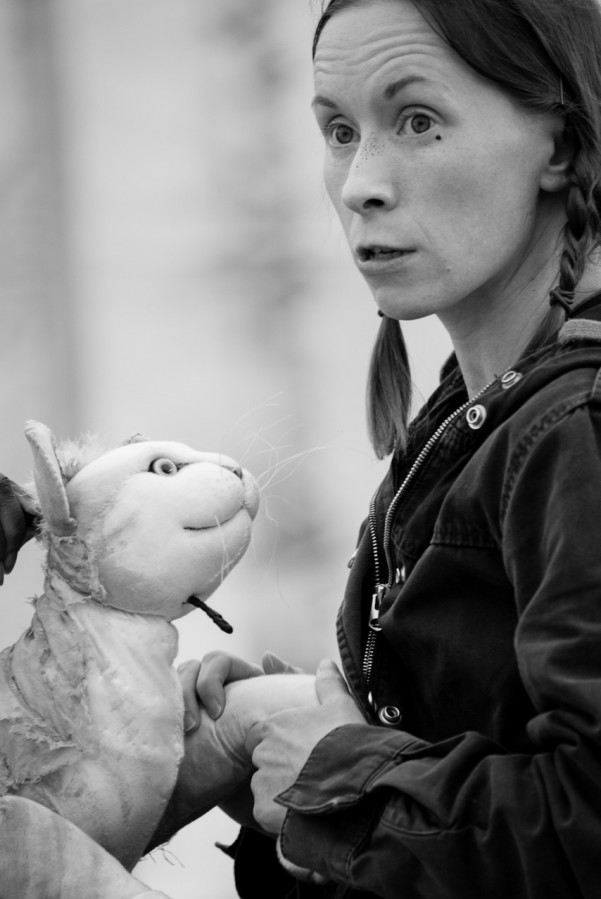 Kneehigh’s world-renowned outdoor Asylum is an award-winning, purpose-built tent and nomadic theatre space. This summer, it plays host to 946, the exciting new stage production based on Michael Morpurgo’s book The Amazing Story of Adolphus Tips.

“Just been again to Kneehigh rehearsals of 946 of The Amazing Story of Adolphus Tips. Something quite remarkable is being concocted by Emma Rice and her team, quite amazing, wonderful energy, beautiful dance and music, great acting, the makings of a really terrific show.”

Watch the trailer for a preview of this magical production:

946 at the Kneehigh Asylum 946 tells the story of the rehearsal of the D-Day landings, and of the 946 people who were killed during Operation Tiger at Slapton Sands in Devon in 1944. The D-Day rehearsal, codenamed Operation Tiger, was a disaster on a grand scale with the loss of life greater than the actual invasion of Normandy just months later. However, the true story was to remain a secret for decades, covered up by both the UK and US governments. Michael Morpurgo comments,

“946 is a story that emerges not just from the legends and the rocks and the landscape, but is based on historical events that took place in and around Slapton as the Americans trained for the landings in France a year later. I have witnessed first-hand the way Kneehigh weaves a tale and makes it live on stage for us. For my story to play a part in this is simply a joy.”

946 explodes everything we thought we knew about the D Day landings. With signature Kneehigh sorcery, 946 uses music, puppetry and foolishness to tell this tale of war, prejudice and love. Tender, political and surprisingly romantic, this story speaks to us all and will finally reveal the secrets the US and British governments tried to keep quiet. To find out more and book tickets, visit the shows calendar.