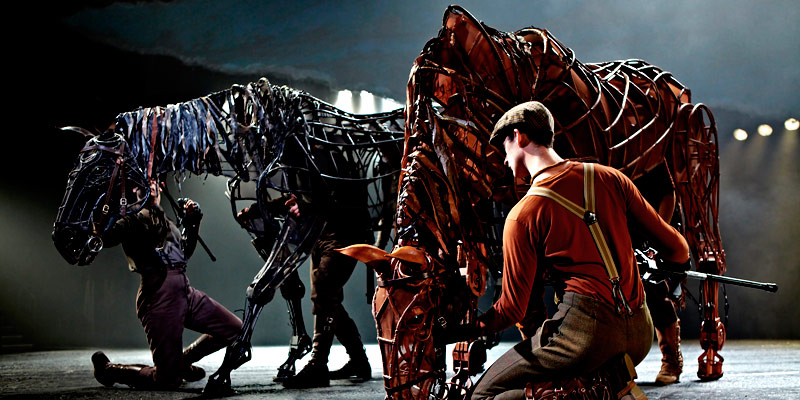 Curtain Up: Celebrating 40 Years of Theatre in London and New York

Delve into the world of plays, musicals and productions to explore the craft and collaboration that creates spectacular international theatre.

To celebrate the 40th anniversary of the Olivier Awards in April 2016, Curtain Up showcases material from multi-award-winning productions and highlights outstanding theatre practitioners. Through this theatrical experience by acclaimed stage designer Tom Piper, Curtain Up invites you to glimpse behind the scenes and immerse yourself into the world of artistic collaboration to discover how all aspects of a production come together in great theatre.

Find yourself on stage with Joey from War Horse and see the award statuettes up close with a spotlight on the Olivier Awards themselves. Showcased are costumes from The Producers, Romeo and Juliet, worn by Rudolf Nureyev and The Audience, worn by Dame Helen Mirren. See set models, scripts, photographs and film from past productions such as Carousel, Arcadia, and Sunday In The Park With George, including footage from the V&A’s National Video Archive of Performance (NVAP) and The New York Public Library for the Performing Arts’ Theatre on Film and Tape Archive (TOFT), New York.

Find out more at www.vam.ac.uk