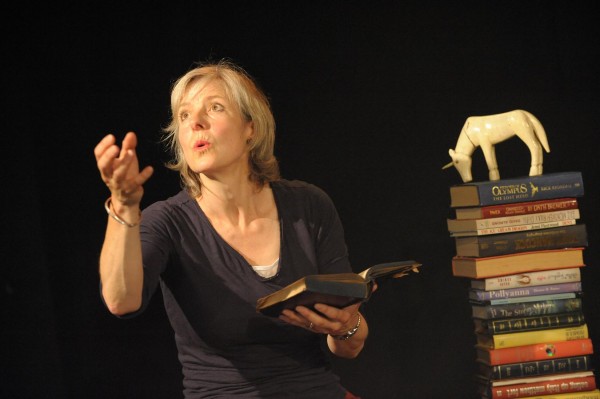 Wizard Presents I Believe in Unicorns goes on regional tour

Olivier Award-nominated Wizard Presents took I Believe in Unicorns on a tour of libraries across Hertfordshire and Central Bedfordshire to mark the start of Morpurgo Month. The production played to packed out houses as part of the Family Arts Festival.

‘We were delighted to host Wizard Presents’ magical production of Michael Morpurgo’s I Believe in Unicorns, with its innovative book swap scheme, in our libraries and that we received such positive feedback. Shirley Everall, Reader Development Officer for Hertfordshire Libraries, who co-ordinated the performances with Wizard Presents, worked with us in the libraries to encourage young people into their local libraries, reflecting one of the themes in Morpurgo’s story, so we are especially thrilled that we have achieved this.’

The production is now heading for a regional tour in the spring and a West End run in the summer of 2014.

View the latest trailer for a taste of this unique production.

To find out more about the theme of Legends in Michael’s books, watch this special video and listen to him talk about the inspiration behind his writing: