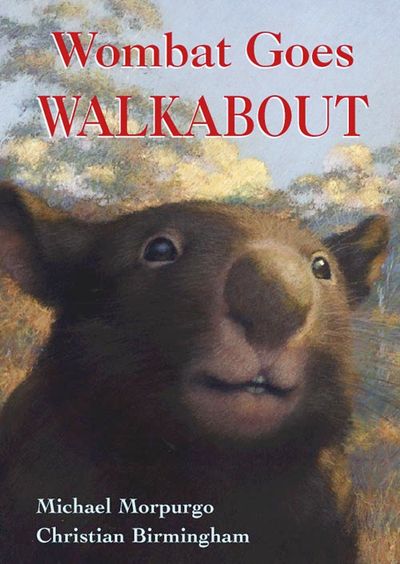 Wombat loves digging deep holes and thinking deep thoughts, but nobody thinks much of that until danger threatens the bush and the small wombat comes up with a great big idea…

One day Wombat digs the deepest hole he’s ever dug and crawls into the cool darkness to think. But when he climbs out again, he can’t see his mother anywhere. He is all alone.
As he wanders through the great outback looking for her, Wombat meets all kinds of wonderful creatures – Kookaburra, Wallaby, Possum, Emu, Boy and Koala. None of them think very much of him, though.
But when a fire sweeps through the bush, it is Wombat’s skills which save the day, and afterwards everyone races off to find his mum and bring her back to him.

Author: Michael Morpurgo, Illustrated by Christian Birmingham
Format: Hardback
Ageband: to 5
Release Date: 06/09/1999
Pages: 32
ISBN: 978-0-00-198221-5
Michael Morpurgo OBE is one of Britain's best-loved writers for children, and has sold more than 35 million books around the world. He has written more than 150 novels and won many prizes, including the Smarties Prize, the Whitbread Award and the Blue Peter Book Award, while several of his books have been adapted for stage and screen, including the global theatrical phenomenon War Horse. Michael was Children’s Laureate from 2003 to 2005, and founded the charity Farms for City Children with his wife, Clare. He was knighted in 2018 for services to literature and charity.

Wombat loves digging deep holes and thinking deep thoughts, but nobody thinks much of that until danger threatens the bush and the small wombat comes up with a great big idea…