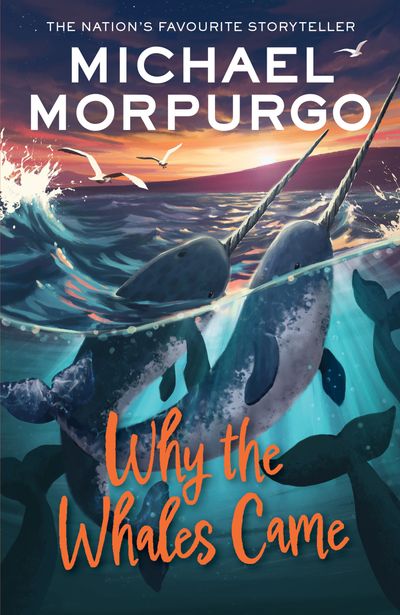 Why the Whales Came

Gracie and her friend Daniel have always been warned to stay away from the Birdman and his side of the island. But then they find a message in the sand and discover the Birdman is not who they thought. They build up a lovely friendship with him, but when the children get stranded on Samson Island they don’t know whether to believe the birdman’s story that the island is cursed.

Set against the backdrop of the First World War, in the tradition of Friend or Foe and Private Peaceful Michael Morpurgo brings the emotional reality of conflict to life in a way that is accessible to younger readers. Look out for his other historical adventures including An Eagle in the Snow and Listen to the Moon.

Author: Michael Morpurgo
Format: eBook
Ageband: From 10
Release Date: 03/10/2011
ISBN: 978-1-78031-151-7
Michael Morpurgo OBE is one of Britain's best loved writers for children, with sales of over 35 million copies. He has written over 150 books, has served as Children’s Laureate, and has won many prizes, including the Smarties Prize, the Writers Guild Award, the Whitbread Award, the Blue Peter Book Award and the Eleanor Farjeon Lifetime Achievement Award. With his wife, Clare, he is the co-founder of Farms for City Children. Michael was knighted in 2018 for services to literature and charity.

Why the Whales Came