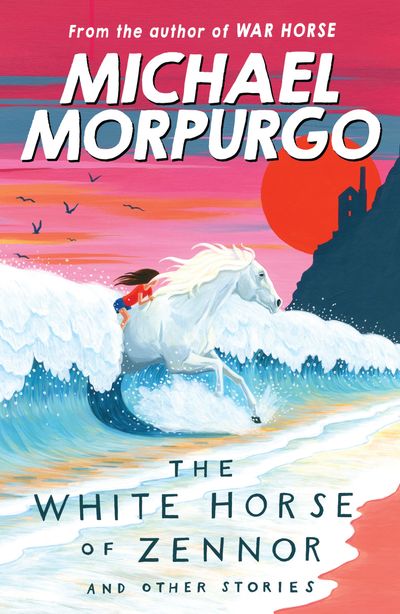 The White Horse of Zennor

Since the beginning of time, strange and mysterious things have happened here … At the furthest edge of Britain, where the sea gently washes over the land and myths brush against reality, lies Zennor. Set in a church town where men become beats and ghosts roam freely, these are haunting and unforgettable tales where magic lies around every corner.

Morpurgo is the master storyteller of such modern classic children’s books as An Eagle in the Snow, Listen to the Moon, Private Peaceful, and An Elephant in the Garden. He has written more than one hundred books for children and won the Whitbread Award, the Smarties Award, the Circle of Gold Award, the Children’s Book Award and has been short-listed for the Carnegie Medal four times.

Author: Michael Morpurgo
Format: Paperback
Ageband: 10 to 13
Release Date: 09/03/2017
Pages: 160
ISBN: 978-1-4052-5675-9
Michael Morpurgo OBE is one of Britain's best loved writers for children, with sales of over 35 million copies. He has written over 150 books, has served as Children’s Laureate, and has won many prizes, including the Smarties Prize, the Writers Guild Award, the Whitbread Award, the Blue Peter Book Award and the Eleanor Farjeon Lifetime Achievement Award. With his wife, Clare, he is the co-founder of Farms for City Children. Michael was knighted in 2018 for services to literature and charity.

The White Horse of Zennor