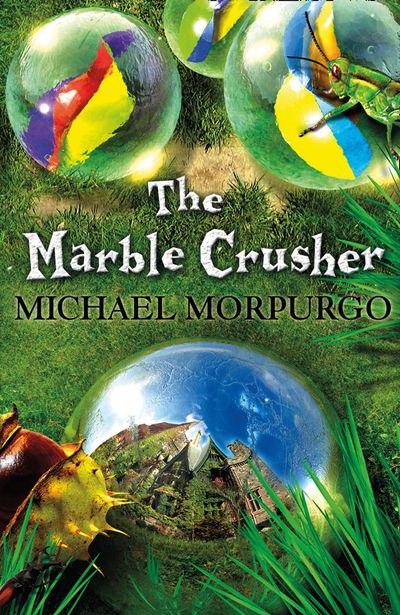 Does Mr Manners, the headmaster, really have a machine that crushes marbles? Albert thinks so.

Colly the owl and Screecher the swallow band together to save the barn.

Nick beats the bully, Stevie Rooster, and becomes Conker king. But can he rescue a mistreated dog while searching for the best conker?

Michael Morpurgo, demonstrates why he is considered to be the master storyteller in these animal tales that are wonderful for engaging early readers. aged seven years and up. Michael has written more than one hundred books for children including An Eagle in the Snow, Listen to the Moon, Private Peaceful, and An Elephant in the Garden and won the Whitbread Award, the Smarties Award, the Circle of Gold Award, the Children’s Book Award and has been short-listed for the Carnegie Medal four times.

Author: Michael Morpurgo
Format: eBook
Ageband: 8 to 9
Release Date: 02/01/2012
ISBN: 978-1-78031-177-7
Michael Morpurgo OBE is one of Britain's best loved writers for children, with sales of over 35 million copies. He has written over 150 books, has served as Children’s Laureate, and has won many prizes, including the Smarties Prize, the Writers Guild Award, the Whitbread Award, the Blue Peter Book Award and the Eleanor Farjeon Lifetime Achievement Award. With his wife, Clare, he is the co-founder of Farms for City Children. Michael was knighted in 2018 for services to literature and charity.

Does Mr Manners, the headmaster, really have a machine that crushes marbles? Albert thinks so.

Colly the owl and Screecher the swallow band together to save the barn.