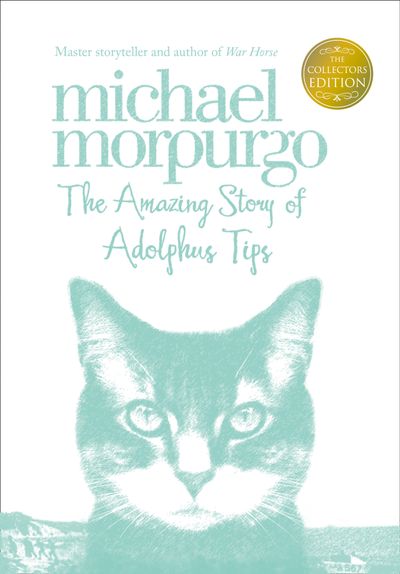 A heart-warming tale of courage, set against the backdrop of the second world war, about an abandoned village, a lifelong friendship and one very adventurous cat.

It’s 1943, and Lily Tregenza lives on a farm, in the idyllic seaside village of Slapton. Apart from her father being away, and the ‘townie’ evacuees at school, her life is scarcely touched by the war. Until one day, Lily and her family, along with 3000 other villagers, are told to move out of their homes – lock, stock and barrel.

Now, many years later, as Michael is reading his Grandma Lily’s diary, he learns about The Amazing Story of Adolphus Tips – and wonders at how one adventurous cat could still affect their lives sixty years later.

Author: Michael Morpurgo
Format: Hardback
Ageband: 8 to 12
Release Date: 27/10/2011
Pages: 192
ISBN: 978-0-00-745618-5
Michael Morpurgo OBE is one of Britain's best-loved writers for children, and has sold more than 35 million books around the world. He has written more than 150 novels and won many prizes, including the Smarties Prize, the Whitbread Award and the Blue Peter Book Award, while several of his books have been adapted for stage and screen, including the global theatrical phenomenon War Horse. Michael was Children’s Laureate from 2003 to 2005, and founded the charity Farms for City Children with his wife, Clare. He was knighted in 2018 for services to literature and charity.

A heart-warming tale of courage, set against the backdrop of the second world war, about an abandoned village, a lifelong friendship and one very adventurous cat.