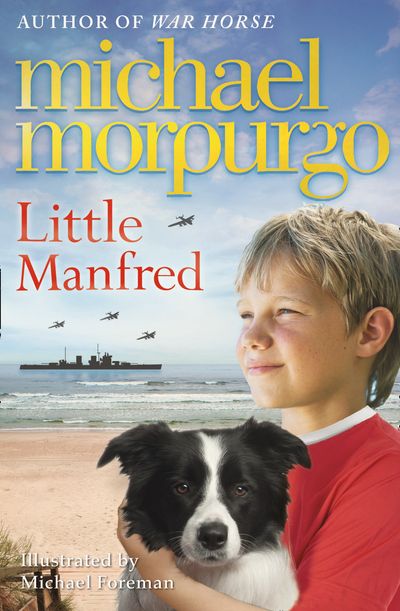 A heart-lifting, heartbreaking story by Michael Morpurgo, the second-biggest children’s author in the UK.

In the Imperial War Museum is a wooden Dachshund, carved by a German prisoner of war for the children of the British family with which he stayed after the fighting ended. This is the story of how it got there…

When the Bismarck sinks, one of the only German survivors is taken on board a British ship as a prisoner of war. Sent to live with a host family, Walter must adapt to a new way of life, in the heart of an enemy country. Gradually, though, he finds a friend in ten-year-old Grace. So when the time finally comes to go back to Germany, it’s an emotional parting, with Walter leaving Grace with only a carved wooden dog to remember him by. The question is, will Walter and Grace ever meet again? In 1966, with the World Cup coming to Britain, that opportunity may just have come along.

Author: Michael Morpurgo
Format: Paperback
Ageband: From 7
Release Date: 03/01/2013
Pages: 176
ISBN: 978-0-00-749163-6
Michael Morpurgo OBE is one of Britain's best-loved writers for children, and has sold more than 35 million books around the world. He has written more than 150 novels and won many prizes, including the Smarties Prize, the Whitbread Award and the Blue Peter Book Award, while several of his books have been adapted for stage and screen, including the global theatrical phenomenon War Horse. Michael was Children’s Laureate from 2003 to 2005, and founded the charity Farms for City Children with his wife, Clare. He was knighted in 2018 for services to literature and charity.

A heart-lifting, heartbreaking story by Michael Morpurgo, the second-biggest children’s author in the UK.