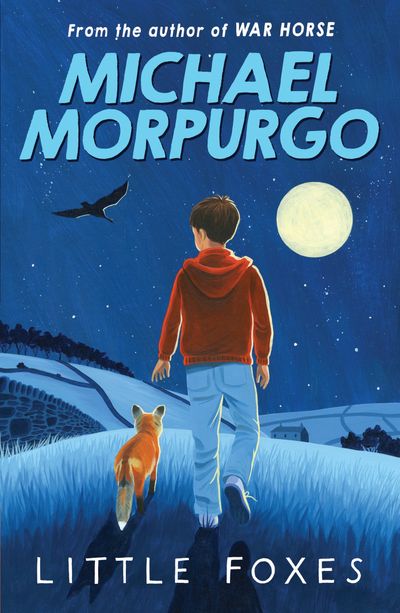 Bullied at school, nagged in Aunty May’s tenth-floor council flat, there’s only one place ten-year-old Billy really feels alive – in the wilderness by the canal. There he watches a cygnet on the water and protects a family of fox cubs. Then his secret place is discovered and the fox family decimated. Unwanted and unloved, Billy and the last fox run for their lives …

A gripping and poignant animal adventure from the master storyteller of An Eagle in the Snow, Listen to the Moon, Shadow, and An Elephant in the Garden.

Author: Michael Morpurgo
Format: Paperback
Ageband: 8 to 9
Release Date: 16/05/2017
Pages: 208
ISBN: 978-1-4052-3339-2
Michael Morpurgo OBE is one of Britain's best loved writers for children, with sales of over 35 million copies. He has written over 150 books, has served as Children’s Laureate, and has won many prizes, including the Smarties Prize, the Writers Guild Award, the Whitbread Award, the Blue Peter Book Award and the Eleanor Farjeon Lifetime Achievement Award. With his wife, Clare, he is the co-founder of Farms for City Children. Michael was knighted in 2018 for services to literature and charity.