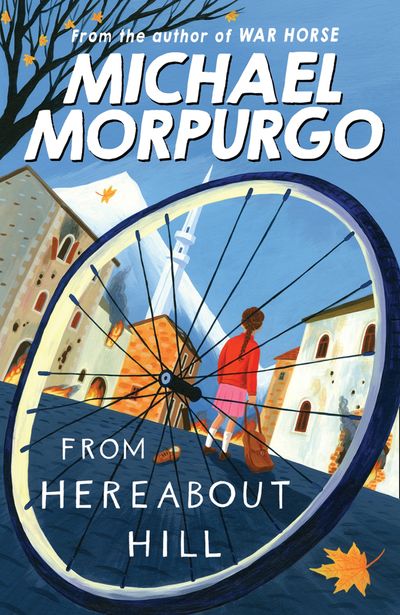 Explore friendship, love, revenge, life and death in the pages of From Hereabout Hill.

Included in this collection of short stories is a poignant tale about civil war, where a young girl hides from enemy soldiers in a public toilet; a haunting story of a little girl swept out to sea while collecting cowrie shells; and the moving account of two brothers, who, over the years, create a mental picture of their absent father.

Former Children’s Laureate and award-winning author of War Horse, Michael Morpurgo, demonstrates why he is considered to be the master story-teller with this diverse collection of stories for children.

Author: Michael Morpurgo
Format: eBook
Ageband: From 10
Release Date: 02/01/2012
ISBN: 978-1-78031-175-3
Michael Morpurgo OBE is one of Britain's best loved writers for children, with sales of over 35 million copies. He has written over 150 books, has served as Children’s Laureate, and has won many prizes, including the Smarties Prize, the Writers Guild Award, the Whitbread Award, the Blue Peter Book Award and the Eleanor Farjeon Lifetime Achievement Award. With his wife, Clare, he is the co-founder of Farms for City Children. Michael was knighted in 2018 for services to literature and charity.

Explore friendship, love, revenge, life and death in the pages of From Hereabout Hill.