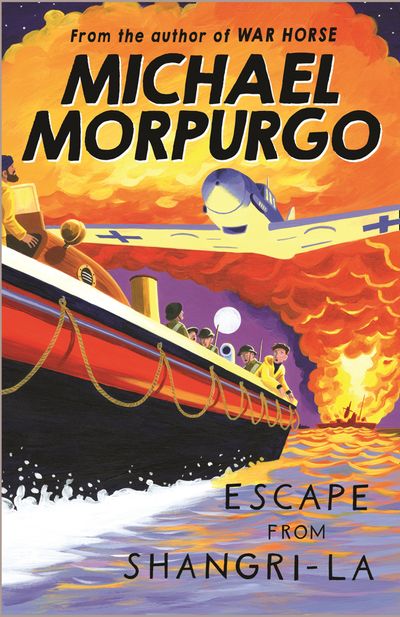 Turned away by his own son, Cessie’s long-lost grandfather finds himself in the place he fears most a nursing home called Shangri-La. Only Cessie loves him and is determined to help him escape and unravel the truth of his past. A past that comes to him only in glimpses a lifeboat, a tin of condensed milk, a terrifying night on the beaches of Dunkirk in World War II …

Former Children’s Laureate and award-winning author of War Horse, Michael Morpurgo, demonstrates why he is considered to be the master story teller with this tale of strife and loss in World War II.

Author: Michael Morpurgo
Format: eBook
Ageband: From 10
Release Date: 07/11/2011
ISBN: 978-1-78031-157-9
Michael Morpurgo OBE is one of Britain's best loved writers for children, with sales of over 35 million copies. He has written over 150 books, has served as Children’s Laureate, and has won many prizes, including the Smarties Prize, the Writers Guild Award, the Whitbread Award, the Blue Peter Book Award and the Eleanor Farjeon Lifetime Achievement Award. With his wife, Clare, he is the co-founder of Farms for City Children. Michael was knighted in 2018 for services to literature and charity.