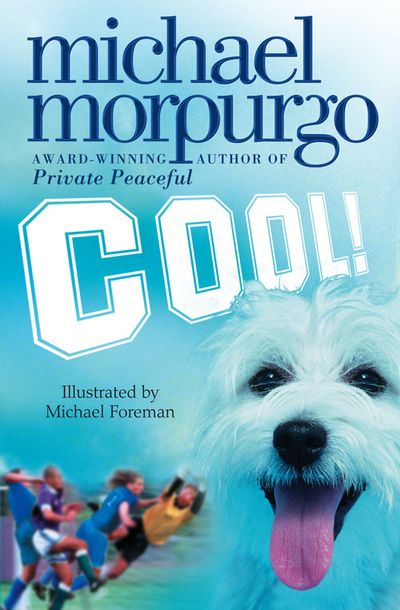 Michael Morpurgo’s inspiring story of Robbie, a boy in a coma – victim of a car accident. Locked inside his own head, able to hear but not move or speak, Robbie tries to keep himself from slipping ever deeper into unconsciousness.

Robbie, football fan and animal lover, runs after his dog Lucky one day when he chases a cat and is hit by a car. Unconscious, Robbie lies in hospital, unable to speak, move or eat. But he can hear; he is aware, even though his family and friends don’t know this. Inside his head, we hear Robbie’s thoughts; on his Mum and sister, why his parents are separated. His friends and family try desperately to reach him – even Zola, his favourite Chelsea footballer, comes to see him. And still Robbie can’t ‘wake up’. Until one day, against hospital rules, Dad brings Lucky into the hospital. Can Lucky bring Robbie back to life?

Author: Michael Morpurgo
Format: eBook
Ageband: 9 to 12
Release Date: 03/06/2010
ISBN: 978-0-00-738241-5
Michael Morpurgo OBE is one of Britain's best-loved writers for children, and has sold more than 35 million books around the world. He has written more than 150 novels and won many prizes, including the Smarties Prize, the Whitbread Award and the Blue Peter Book Award, while several of his books have been adapted for stage and screen, including the global theatrical phenomenon War Horse. Michael was Children’s Laureate from 2003 to 2005, and founded the charity Farms for City Children with his wife, Clare. He was knighted in 2018 for services to literature and charity.

Michael Morpurgo’s inspiring story of Robbie, a boy in a coma – victim of a car accident. Locked inside his own head, able to hear but not move or speak, Robbie tries to keep himself from slipping ever deeper into unconsciousness.