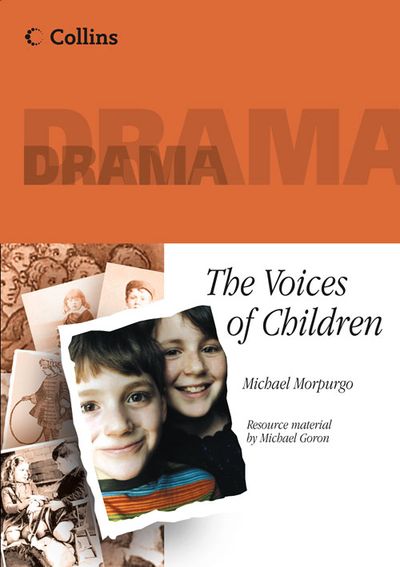 Collins Drama – The Voices Of Children

The experience of childhood is one that has altered beyond recognition over the centuries as children’s roles in the world have shifted with the times. First heard on Radio 4, The Voices of Children is Michael Morpurgo’s thought-provoking new play illuminating the ways in which the concept of childhood has changed over the past 1000 years.

As the author says of writing the play:

‘…I found myself on a journey of discovery as intense as childhood itself. Here was an aspect of childhood I had known very little about, the history of it, the invention of it. It is a story I have found often disturbing, and always enlightening. And it’s a universal story, for each of us in their own way has lived and invented their own childhood. Childhoods I have discovered, may have changed, been reinvented through the ages, but children have not’.

Author: Michael Morpurgo
Format: Paperback
Release Date: 07/01/2008
Pages: 96
Print on Demand: No stock held, printed to order.
ISBN: 978-0-00-726346-2
Michael Morpurgo OBE is one of Britain's best loved writers for children, with sales of over 35 million copies. He has written over 150 books, has served as Children’s Laureate, and has won many prizes, including the Smarties Prize, the Writers Guild Award, the Whitbread Award, the Blue Peter Book Award and the Eleanor Farjeon Lifetime Achievement Award. With his wife, Clare, he is the co-founder of Farms for City Children. Michael was knighted in 2018 for services to literature and charity.

Collins Drama – The Voices Of Children