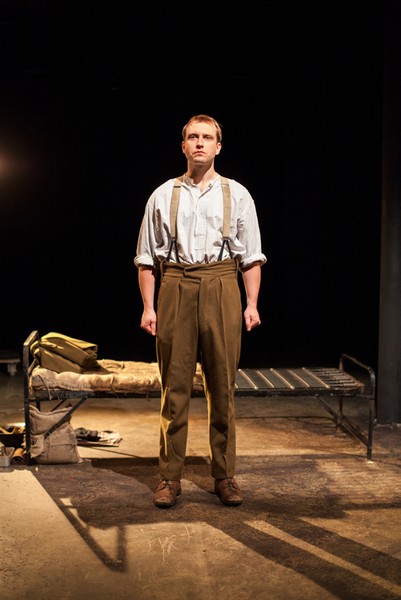 Tickets are now on sale for award-winning children’s author Michael Morpurgo’s Private Peaceful which plays for a strictly limited 16 performances only at the Theatre Royal Haymarket from 18 – 29 September 2012. Directed and adapted for the stage by Simon Reade, Private Peaceful has designs by Bill Talbot and sound by Jason Barnes. The National Theatre’s One Man, Two Guvnors will continue its run at the Haymarket from 1 October after this two-week break.

Private Peaceful relives the life of Private Tommo Peaceful, a young First World War soldier awaiting the firing squad at dawn. During the night he looks back at his short but joyful past growing up in rural Devon: his exciting first days at school; the accident in the forest that killed his father; his adventures with Molly, the love of his life; and the battles and injustices of war that brought him to the front line.

Simon Reade has previously adapted Michael Morpurgo’s Toro! Toro! for Salisbury Playhouse, The Mozart Question for Scamp Theatre’s UK tour, Twist of Gold for Polka Theatre and he wrote the BBC radio play and feature film screenplay of Private Peaceful . His other plays include Philip Pullman’s The Scarecrow and His Servant for Southwark Playhouse, Alice’s Adventures in Wonderland for Bristol Old Vic for which he won the TMA Award, Pride & Prejudice for Theatre Royal Bath Productions, and Ted Hughes’ Tales from Ovid and Salman Rushdie’s Midnight’s Children both for the Royal Shakespeare Company.

The National Theatre presents Private Peaceful, a Scamp Theatre production in association with Poonamallee Productions, by arrangement with the Theatre Royal Haymarket.