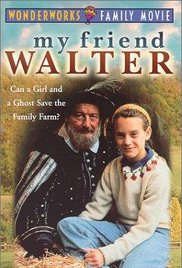 TV movie of ‘My Friend Walter’

The TV movie of My Friend Walter, based on Michael Morpurgo’s novel, was made in 1992. Vanessa Lees produced the film and Gavin Millar directed it.

My Friend Walter centres around the ghost of Walter Raleigh, a prominent Elizabethan gentleman and explorer. Raleigh’s ghost returns to the farm he grew up on in East Budleigh, Devon.

When asked by Portobello films to adapt his book for the screen, Michael Morpurgo said he’d “give it [a] go.” Michael concluded, however, that after coaching from the director and producer, he “got it right in the end.”