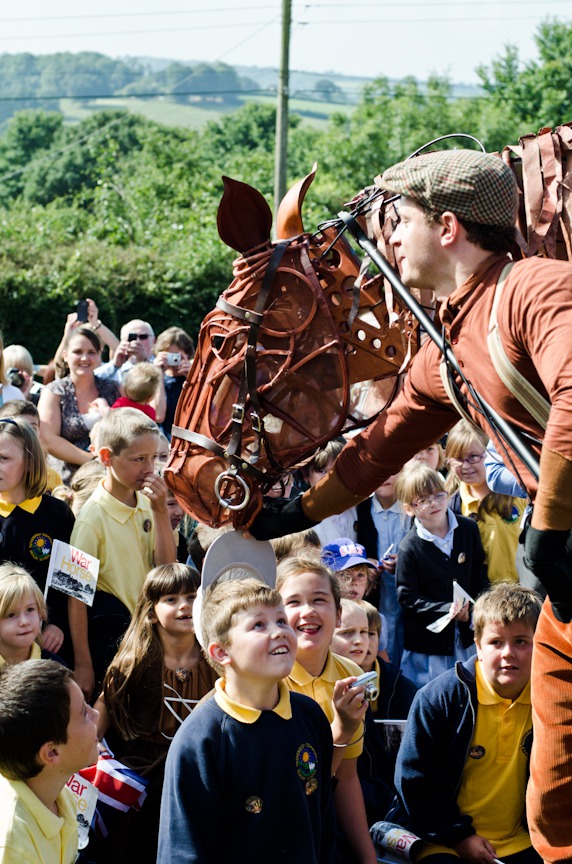 Hundreds of people gathered in a quiet village in Devon to welcome the War Horse puppet home. Children cheered as life-sized puppet Joey galloped through Iddesleigh which is home to the book’s author Michael Morpurgo.

“To bring Joey back to where he was born and grew up is a dream come true. To me this is the culmination of everything. This is Iddesleigh.”

War Horse tells the story of one horse’s experience in the deadly chaos of the First World War. In 1914, Joey, a young farm horse, is sold to the army and thrust into the midst of the war on the Western Front. This incredibly moving story has been adapted for the stage and has been seen by over 2.4 million people worldwide since its premiere at the National Theatre in 2007. The National Theatre’s award-winning production of War Horse begins a ten month, nine-venue tour of the UK and Ireland on 27 September 2013.