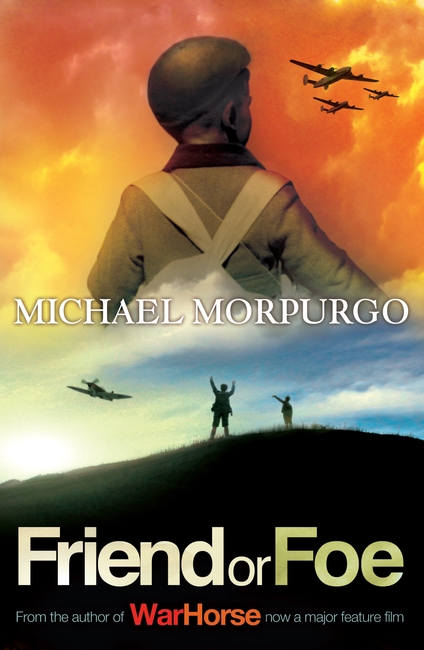 Evacuated from London, David and Tucky feel like the war is a long way away from their new life in the Devon countryside. Then one night the skyline of the moor is lit up with gun flashes, and the distant crump of bombing miles away brings the war back to them and shatters their new-found peace.

By coincidence, or careful planning, press night for Friend or Foe falls seventy-five years to the day since Britain went to war with Germany. When Chamberlain spoke and the first sirens wailed, Operation Pied Piper was already underway, relocating thousands of evacuee children to the relative safety of the countryside.

This adaptation … captures wonderfully the sense of a Boy’s Own adventure, and the anguish, holding the audience rapt as the story unfolds.

This is a magical piece of theatre – the stylistic river scene is superbly realised with sound, light and kitchen furniture – which combines a rattling good yarn with reflections on friendship, patriotism and the waste of war. It speaks directly to us all – from the young children in the front row to the real-life evacuee in our midst, who has vivid memories of her own journey to Devon, seventy-five years ago …