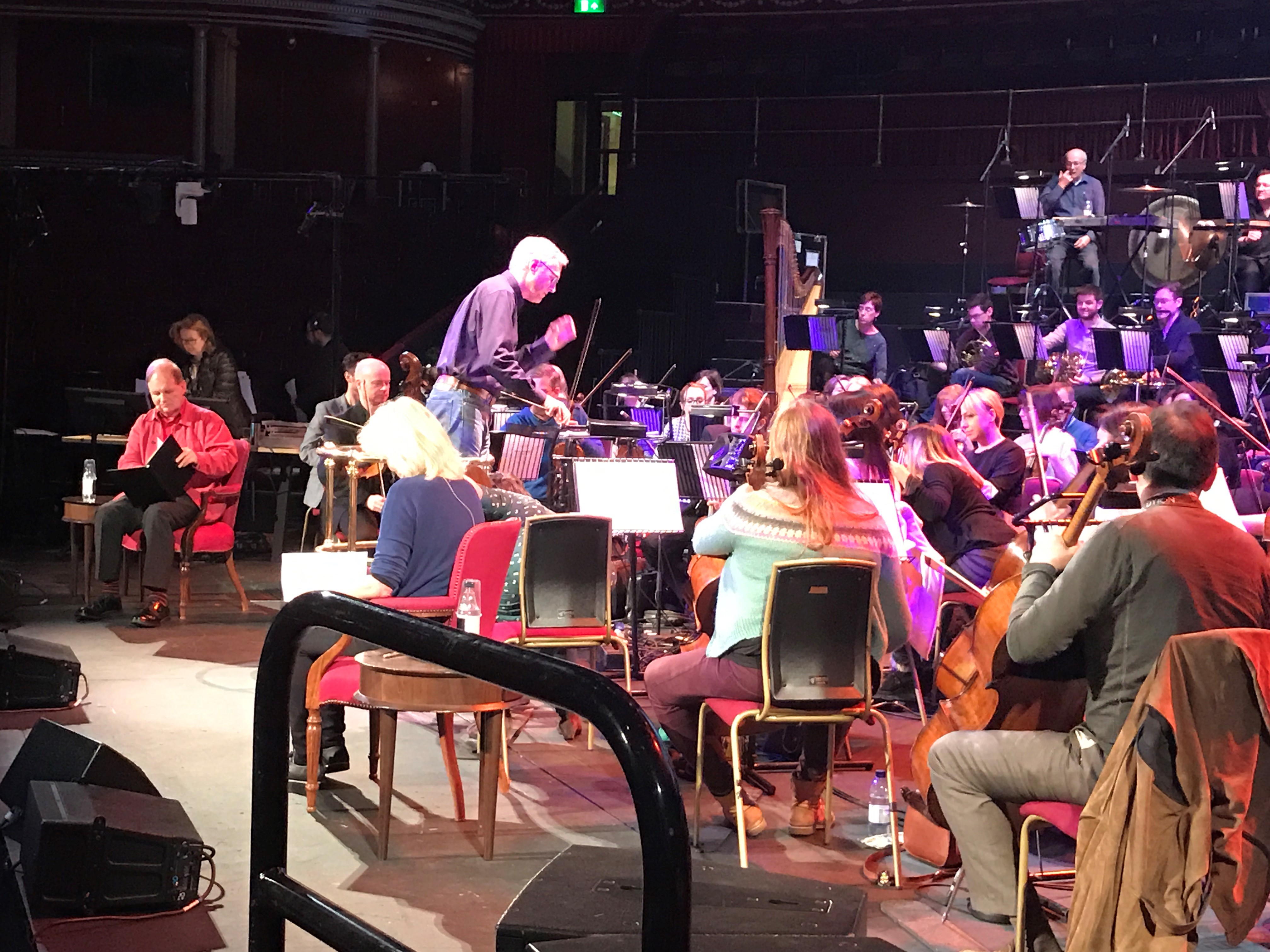 War Horse, arguably Michael Morpurgo’s most famous story, was the subject of a magnificent showcase on 27 October when Michael Morpurgo and Joanna Lumley took to the Royal Albert Hall stage to read an abridged version of the tale.

As Michael and Joanna read from the text and introduced fans, new and old alike, to this tale of bravery and friendship, the Royal Philharmonic Orchestra supported them with expertly performed, rousing and sombre pieces of music.

Rae Smith, award-winning British designer and background designer of the War Horse theatre production, lent her hand once again to the play, by drawing live, throughout the performance, and having her creations projected on to the stage background.

Another tour of the stage performance of War Horse is kicking off throughout the UK. For ticket and date information, visit the website here.