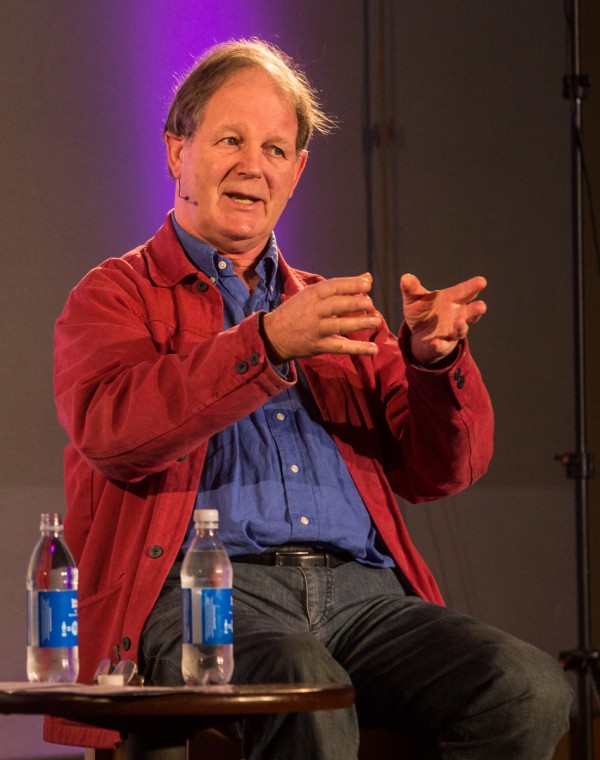 Michael Morpurgo launched Private Peaceful Day with a live Q&A from the Ritzy Picture House via satellite to 7500 children yesterday. The event following a special screening for schools of Private Peaceful in more than 60 cinemas across the UK as part of the Centenary commemorations of WWI.

Pupils were given the opportunity to ask Michael about his writing, including questions about his passion for re-telling history through the voice of an individual whose life has been affected by tragedy and loss.

Private Peaceful Day marks the start of Cityread London which will run throughout the entire month of April with events in every London borough. Cityread promotes reading for pleasure and encourages people to explore and celebrate their city’s history.

Private Peaceful is being celebrated as part of the scheme, with a programme of activities including: the participation of The British Library; comic-strip workshops by graphic novelist Karen Rubin; and the appointment of a Young Writer-in-Residence for the duration of the scheme (in partnership with Spread the Word).

For full details of the events taking place all over London visit the Cityread Calendar.