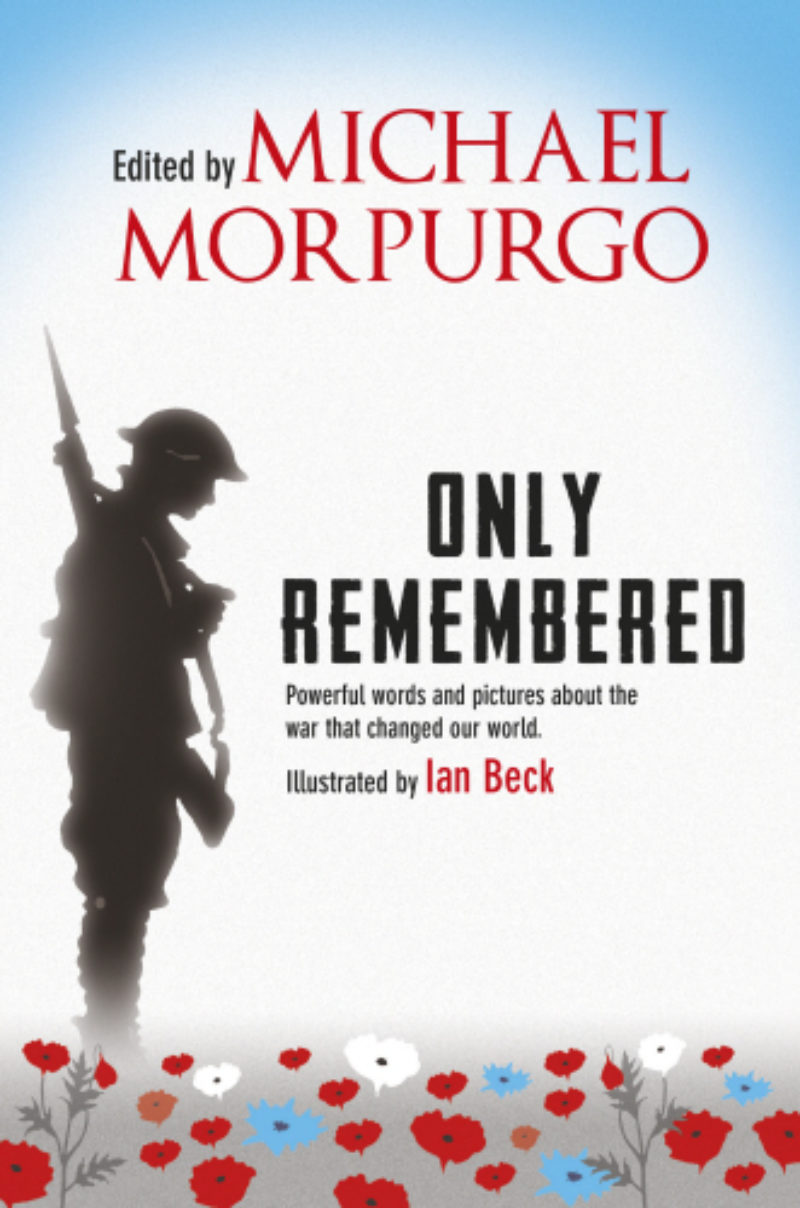 Only Remembered is a collection of powerful words and pictures about the war that changed our world, chosen by some of the UK’s leading cultural, literary and political figures, and edited by one of the world’s master storytellers and creator of War Horse.

This timeless anthology is a uniquely diverse mix of fiction and non-fiction, poems and songs, personal accounts and images – many of which have never-before been seen in print. Renowned illustrator Ian Beck has created the cover and artwork, and has also made a selection inside. The result is a visually rich and hugely accessible collection for children and adults.

Michael Morpurgo, the former Children’s Laureate and creator of War Horse is the perfect person to edit and introduce Only Remembered. Michael comments,

Only Remembered is published 3 July to commemorate the 100th anniversary of the outbreak of the First World War. Royalties from the book will be split between the Royal British Legion and the Soldiers’, Sailors’ and Airmen’s Families Association (SSAFA).

The 4th October is World Animal Day and to celebrate we thought it would be lovely to create the Michael Morpurgo Animals Book Tour. We’ve teamed up with 10 of the UK’s top parent bloggers to take a closer look at some of Michael’s best-loved animal stories. Starting on Monday 9th October, we’ll be… Read More