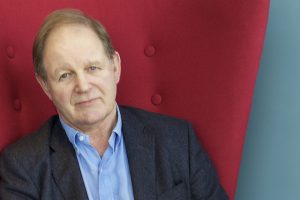 Michael named Freeman of the Borough of West Devon

Michael Morpurgo, co-founder of the first Farms for City Children and Children’s Laureate, has been awarded the historic title of Freeman of the Borough of West Devon for bringing honour and distinction to the value of rural life.

Mr Morpurgo and his wife, Clare, set up the charity for City Children in Iddesleigh in 1976, and, supported by the community, many thousands of children have enjoyed a ‘week of muck and magic’ – a taste of rural farm life they would never experience in their city lives.

Last year the West Devon village of Sheepstor was also chosen to film scenes for the big screen adaptation of Mr Morpurgo’s novel War Horse, a book set in the Westcountry during the First World War, which is currently receiving much acclaim as a play in London’s West End.

Mayor of West Devon, Cllr John Hockridge, said: “Michael and Clare Morpurgo and their team have achieved a remarkable experience for inner city children, introducing them to our rural way of life. I am full of admiration for them and the work they are doing.”

Mr Morpurgo said: “There is no greater honour and privilege than to be a Freeman. It is an honour bestowed by local people, people and friends who have helped me on my way. That makes it so special.”

Mr Morpurgo is only the third person to have been awarded the Honorary Freemanship since the Borough Council received its Royal Charter in 1982. He joins explorer Pen Hadow, who received the award in 2003, and former long-serving West Devon councillor, John Darch, in 2007.

The title recognises the high esteem in which an individual is held by the Council and the people of the Borough.