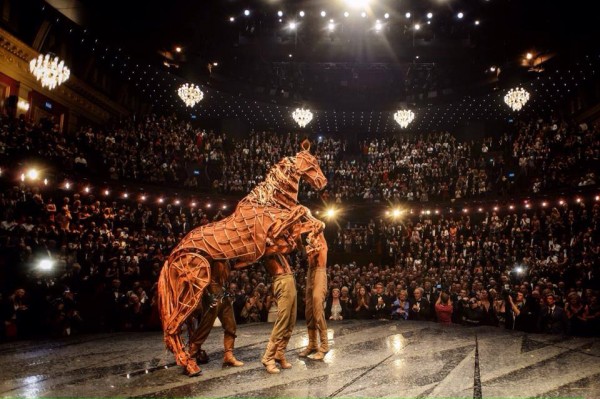 The National Theatre’s acclaimed production of War Horse will return to the Hippodrome next autumn.

Directed by Bristol Old Vic’s artistic director Tom Morris and Marianne Elliott, Nick Stafford’s adaptation of Michael Morpurgo’s remarkable story of courage, loyalty and friendship between a young boy and his horse, set against the backdrop of the First World War, is the most successful play in the National Theatre’s history. It will tour the UK from September 2017 to April 2018, looking in at the Hippodrome (where it played a sell-out run last year – see our review here) from October 18th-November 11th.

Michael comments: “After a few months rest, out at pasture, Joey the War Horse and his great team from the National Theatre will be touring the UK again, from 2017 through to 2018 and the centenary of the end of the First World War, taking their show all over the country, including many places War Horse has not been seen before. I am so pleased that so many more people will have the chance to enjoy this unique theatrical event.”

For more info and to book tickets, visit www.atgtickets.com/venues/bristol-hippodrome