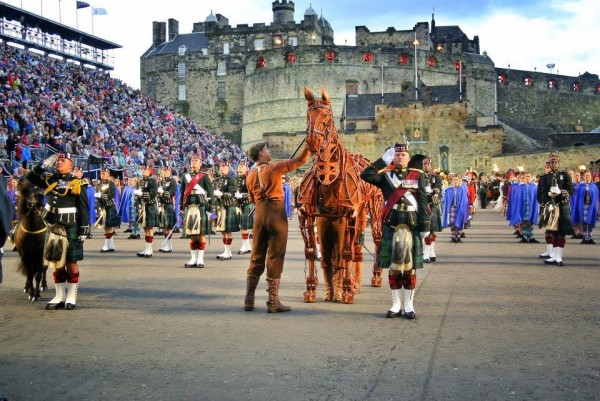 Against the world famous backdrop of Edinburgh Castle the 2013 Tattoo (2-24 August) features awe-inspiring variety from the four corners of the globe. Joey, the life-size puppet horse and star of the National Theatre’s hit show War Horse, is currently appearing (until 16 August) just before the nightly firework display.

Seen by over 4 million theatre-goers since its premier in 2007 and adapted into an Oscar nominated film directed by Steven Spielburg, War Horse tells the story of Albert and Joey, a farm horse who is requisitioned by the British Armed Forces during the First World War. Caught between enemy crossfire, Joey ends up stranded in no man’s land and Albert embarks upon a dangerous mission to rescue his beloved horse.