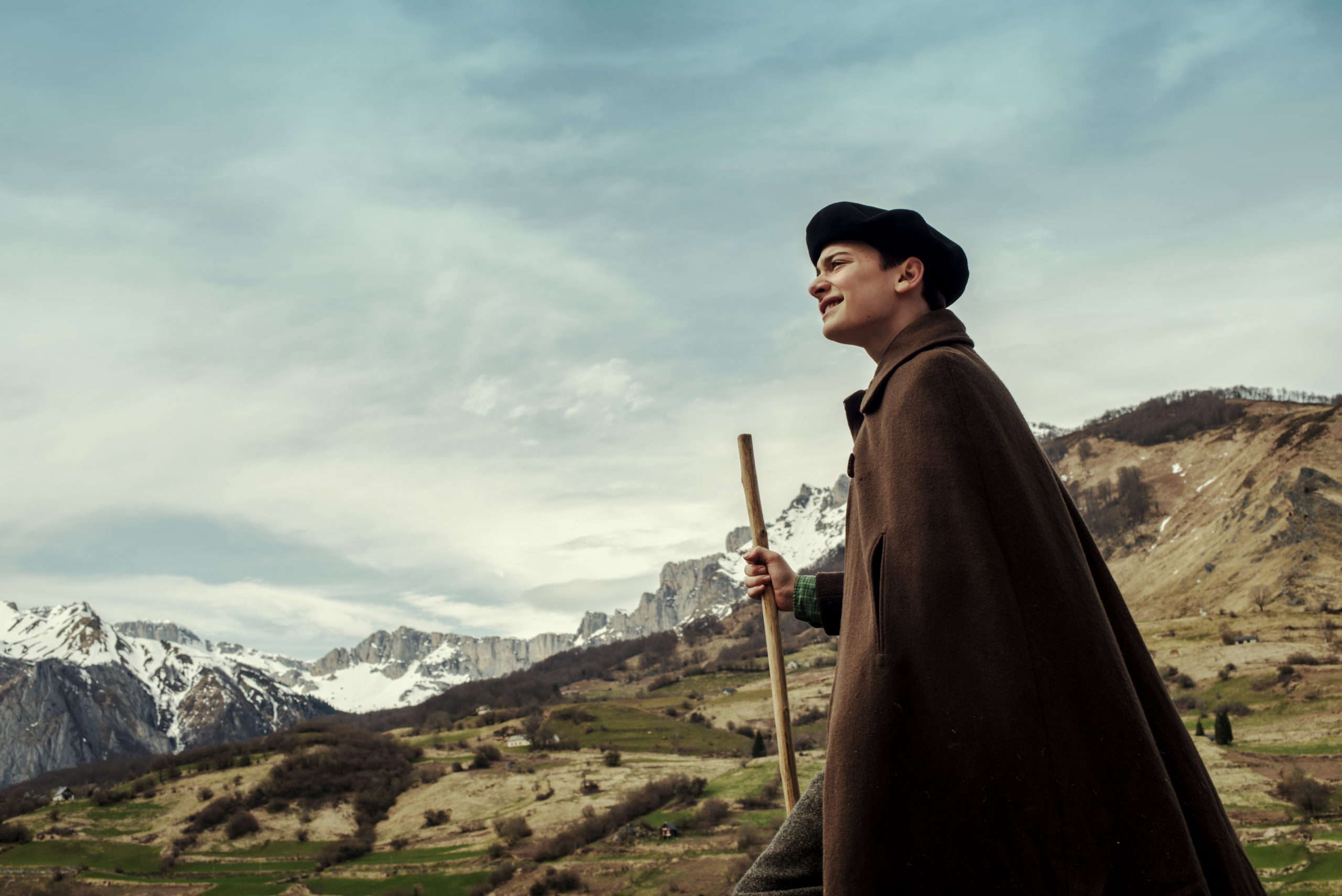 London, 30 January 2020. From the mind of world-renowned author Michael Morpurgo comes the cinematic adaptation of Waiting for Anya – a powerful and authentic true story of a young shepherd that had a key part to play in one of the world’s most shocking moments in history.

Based on the novel by the War Horse author, Waiting for Anya tells the story of Jo Lalande (played by Stranger Things star Noah Schnapp), a 13-year-old shepherd, his grandfather (played by Leon star Jean Reno) and a widow (played by Academy Award Winner for Prizzi’s Honor Angelica Huston), who help smuggle Jewish children across the border from occupied southern France into Spain during World War II.

At 23 years of age, the film marks Toby Torlesse’s screenwriting debut after taking on the challenge of adapting his favourite childhood novel by Morpurgo. The film is also co-written and directed by Ben Cookson (Almost Married) and produced by Phin Glynn and Alan Latham.

For audiences today, Waiting for Anya is as much a poignant reminder of what it was like for those living in German-occupied France during World War II as it is an important coming-of-age story.

A tale that will resonate with viewers of all ages, Waiting for Anya will be released in select UK cinemas from Friday 21 February courtesy of Kaleidoscope Entertainment.