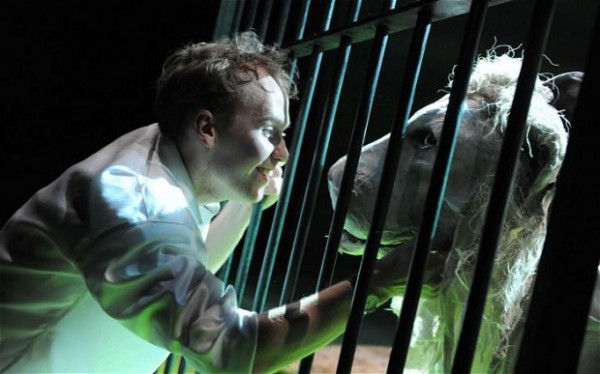 The Butterfly Lion at Derby Theatre is a wonderfully effective adaptation of Michael Morpurgo’s children’s novel.
By Robert Gore-Langton

This latest story from Michael Morpugo to reach the stage is, like his triumphant War Horse, a tale of enduring friendship between man and beast. This, though, has a rather more exotic star than a cart horse. It’s an African white lion, a genetic oddity apparently now extinct in the wild.

Adapted and directed by Daniel Buckroyd, the show is narrated by the old lady (played by Gwen Taylor) who tells it to a lad running away from his horrid boarding school and whom she invites in for tea and scones. He then plays out the story of the young boy Bertie who lives with his parents on a South African farm in the 1900s.

Having rescued an orphaned lion cub, he raises it. When the lad is cruelly packed off to an English boarding school, the tame lion is sold and the boy vows to one day find his old friend. As in War Horse (this is a later story published in 1996) northern France of the First World War becomes the bloody and somewhat bizarre backdrop for a reunion.

The story within the story has a lot of plot crowbarred in (the butterfly of the title does get eventually explained) and is bound to lose a few members of the audience. But it’s the lion who gives us paws. You remember sobbing in the film Born Free? Well, this beast is no less emotionally real than Elsa, even though the cub is just a soft toy before growing into full-scale fabric puppet, deftly handled by actor Israel Oyelumade.

The economy of the staging is a constant virtue. A kitchen table is no hindrance to conjuring up a scene at a waterhole with puppet-maker Sue Pycroft’s snarling masks evoke a pack of terrifying hyenas. The story is told with actors doubling up but without any Play School archness. Mark Dymock’s lighting lends Africa an ethereal beauty with glowing sunsets and Carlton Edwards’ music complements the drama as the story shifts from rural Wiltshire to the trenches of France and the African veld.

Joe Jameson as the gawky boy is a winning presence in a story with enough visual gags to contrast with the more sombre themes of separation and loss. It is no mean feat to keep a theatre jampacked with 500 seven year-olds, all high on fizzy drinks, completely glued for two hours. The magic ingredient for the children (and most definitely for me) is this delightful show’s palpable nuzzle of animal contact. 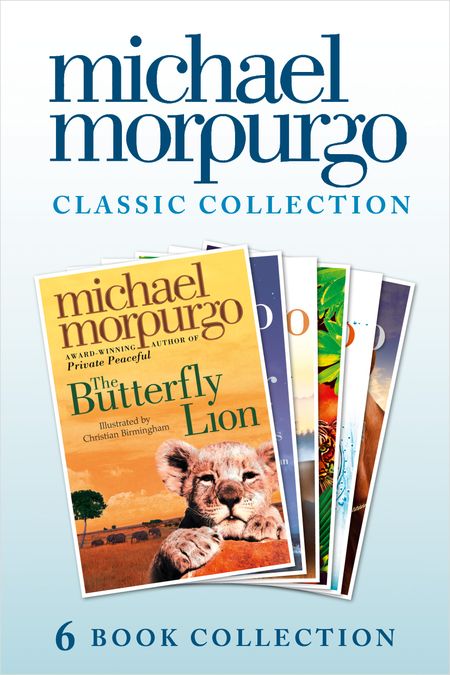