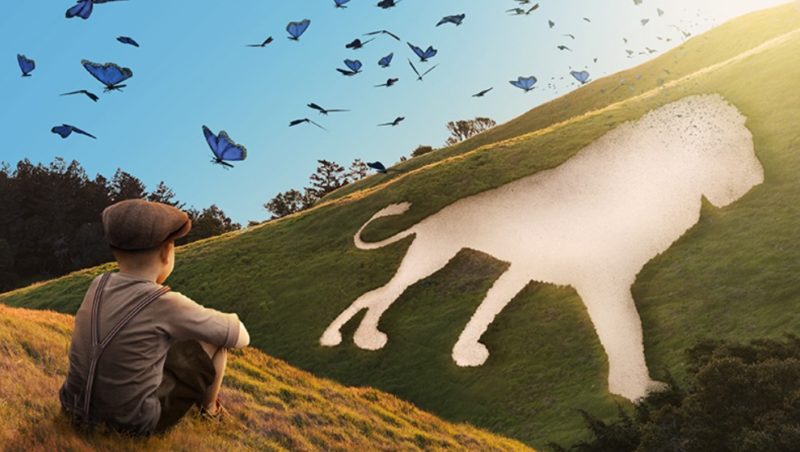 When Bertie is sent away from the African farm of his childhood to school in England, he leaves behind not only his beloved mother and the beautiful land, swarming with wildlife, but also his best friend – a white lion he rescued as a cub.

Bertie’s struggle to adjust to his new life in harsh, grey England is alleviated only by a chance friendship with the equally lonely Millie and his dreams of his treasured lion, now trapped in a French circus. But their remarkable journey is only just beginning, and the pair are destined to meet again.

The Butterfly Lion combines music, design and puppetry to bring a magical adventure to life: celebrating nature, friendship and the triumph of love.

Based on Michael Morpurgo’s best-selling novel, which won the Smarties Prize and the Writers’ Guild Award, this new stage adaptation is written by CFT’s Writer-in-Residence Anna Ledwich and directed by Dale Rooks whose many Chichester productions include The Midnight Gang(2018) and Running Wild (2015).

This Christmas, a special 2D animated adaptation of Michael Morpurgo’s ‘Mimi and the Mountain Dragon’ will premiere on BBC One! Read More