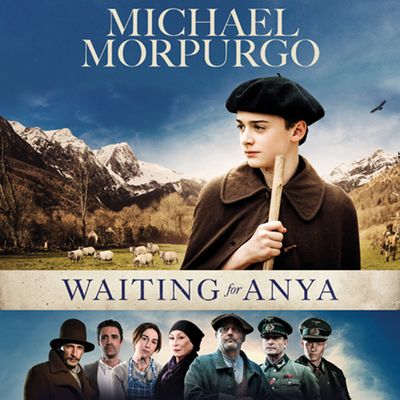 Jo finds out that Jewish children are being smuggled away from the Nazis over the mountains near his village. All goes to plan until German soldiers start patrolling the mountains, and Jo realises the children are trapped. Jo’s slightest mistake could have devastating consequences…

Shortlisted for the Carnegie Medal and Guardian Fiction award.

In the tradition of Goodnight Mr Tom, Carrie’s War, The Boy in the Striped Pyjamas and perfect for fans of The Bone Sparrow, Waiting for Anya is a novel that takes children to the heart of a tumultuous period in history. It will provide a wider context for kids who have studied the Holocaust and The Diary of Anne Frank.

Author: Michael Morpurgo, Read by Nicholas Rowe
Format: Audio-Book
Ageband: 6 to 12
Release Date: 13/02/2020
ISBN: 978-0-00-840480-2
Michael Morpurgo OBE is one of Britain's best loved writers for children, with sales of over 35 million copies. He has written over 150 books, has served as Children’s Laureate, and has won many prizes, including the Smarties Prize, the Writers Guild Award, the Whitbread Award, the Blue Peter Book Award and the Eleanor Farjeon Lifetime Achievement Award. With his wife, Clare, he is the co-founder of Farms for City Children. Michael was knighted in 2018 for services to literature and charity.