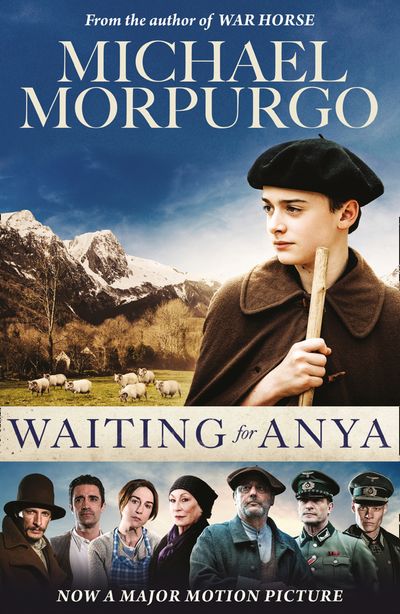 Jo finds out that Jewish children are being smuggled away from the Nazis over the mountains near his village.  All goes to plan until German soldiers start patrolling the mountains, and Jo realises the children are trapped. Jo’??s slightest mistake could have devastating consequences …

Shortlisted for the Carnegie Medal and Guardian Fiction award

In the tradition of Goodnight Mr Tom, Carrie’s War, The Boy in the Striped Pyjamas and perfect for fans of The Bone Sparrow, Waiting for Anya is a novel that takes children to the heart of a tumultuous period in history. It will provide a wider context for kids who have studied the Holocaust and The Diary of Anne Frank.

Other Michael Morpurgo titles you may enjoy:

The Eagle in the Snow

A Twist of Gold