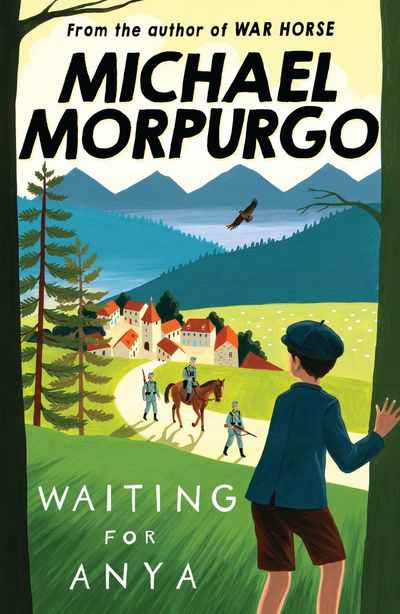 A gripping historical adventure by a much-loved and award winning author.

‘Waiting for Anya film is true to the plot and spirt of Michael Morpurgo’s book. It reminds us that good and bad is never all on one side. A tearjerker’ – Nicolette Jones

It is World War II and Jo stumbles on a dangerous secret: Jewish children are being smuggled away from the Nazis, close to his mountain village in Spain. Now, German soldiers have been stationed at the border. Jo must get word to his friends that the children are trapped. The slightest mistake could cost them their lives.

Michael Morpurgo: The Master Storyteller. Former Children’s Laureate Michael Morpurgo needs no introduction. One of the most successful children’s authors in the country, and loved by children, teachers and parents alike. Michael has written more than forty books and won the Whitbread Award, the Smarties Award, the Circle of Gold Award, the Children’s Book Award and has been shortlisted for the Carnegie Medal four times. His novels have been adapted for film (My Friend Walter, Why the Whales Came) and stage (most recently, Kensuke’s Kingdom for the Polka Theatre and Why the Whales Came for Alibi.)

Author: Michael Morpurgo
Format: Paperback
Ageband: From 10
Release Date: 05/02/2007
Pages: 192
ISBN: 978-1-4052-2927-2
Michael Morpurgo OBE is one of Britain's best loved writers for children, with sales of over 35 million copies. He has written over 150 books, has served as Children’s Laureate, and has won many prizes, including the Smarties Prize, the Writers Guild Award, the Whitbread Award, the Blue Peter Book Award and the Eleanor Farjeon Lifetime Achievement Award. With his wife, Clare, he is the co-founder of Farms for City Children. Michael was knighted in 2018 for services to literature and charity.

A gripping historical adventure by a much-loved and award winning author.

'Waiting for Anya film is true to the plot and spirt of Michael Morpurgo’s book. It reminds us that good and bad is never all on one side. A tearjerker' – Nicolette Jones