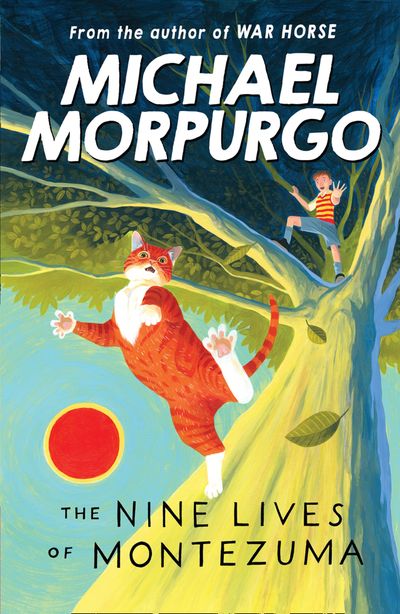 A cat’s nine lives are full of adventure and excitement and none more so than Montezuma, the farmyard cat. From a young kitten to a grand old cat, he is cunning and proud while establishing his kingdom, but to Matthew, he’s always loving and adorable. A great read that kids aged 9+ will love.

Michael Morpurgo, again demonstrates why he is considered to be the master storyteller with this collection of stories. Famed for animal stories such as Little Foxes, Shadow, The Butterfly Lion and An Eagle in the Snow, The Nine Lives of Montezuma is every bit as enthralling. Michael Morpurgo has written more than one hundred books for children and won the Whitbread Award, the Smarties Award, the Circle of Gold Award, the Children’s Book Award and has been short-listed for the Carnegie Medal four times.

Author: Michael Morpurgo
Format: eBook
Ageband: 9 to 11
Release Date: 07/11/2011
ISBN: 978-1-78031-155-5
Michael Morpurgo OBE is one of Britain's best loved writers for children, with sales of over 35 million copies. He has written over 150 books, has served as Children’s Laureate, and has won many prizes, including the Smarties Prize, the Writers Guild Award, the Whitbread Award, the Blue Peter Book Award and the Eleanor Farjeon Lifetime Achievement Award. With his wife, Clare, he is the co-founder of Farms for City Children. Michael was knighted in 2018 for services to literature and charity.