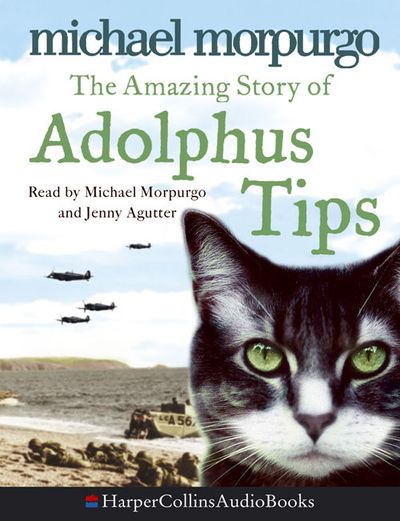 Read by Jenny Agutter and Michael Morpurgo, this is now available both on tape and on CD.

Author: Michael Morpurgo, Read by Jenny Agutter and Michael Morpurgo
Format: Other
Ageband: 8 to 12
Release Date: 06/02/2006
ISBN: 978-0-00-720341-3
Detailed Edition: Unabridged edition
On May 2003 Michael was appointed Children’s Laureate. During this role, he has travelled the country from end to end, bringing books to children in remote areas as well as to inner city children. Through the power of his storytelling, Michael has succeeded in ‘putting literature back into literacy’. Michael and his wife Clare have been award MBEs for their work in founding and running the charity Farms for City Children, a charity which each year takes up to 3,000 children to a working farm for a week. Before the first farm opened 22 years ago, Morpurgo was a teacher and his knowledge of children’s experiences, plus his experience of farms enrich his writing enormously. He has won the Whitbread Children’s Book Award, the Red House Children’s Book Award, the Carnedie Medal and the Smarties Book Prize.

Read by Jenny Agutter and Michael Morpurgo, this is now available both on tape and on CD.