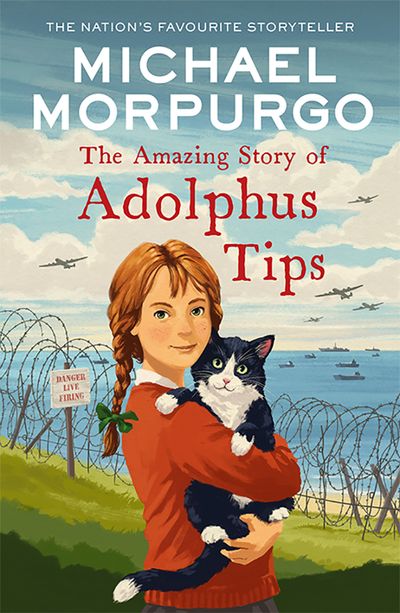 A heart-warming tale of courage, set against the backdrop of the second world war, about an abandoned village, a lifelong friendship and one very adventurous cat!
‘Classic Morpurgo brilliance’ – Publishing News

Note that it has not been possible to include the same picture content that appeared in the original print version.

Author: Michael Morpurgo
Format: eBook
Ageband: 8 to 12
Release Date: 03/06/2010
ISBN: 978-0-00-738601-7
Detailed Edition: Text only edition
Michael Morpurgo OBE is one of Britain's best-loved writers for children, and has sold more than 35 million books around the world. He has written more than 150 novels and won many prizes, including the Smarties Prize, the Whitbread Award and the Blue Peter Book Award, while several of his books have been adapted for stage and screen, including the global theatrical phenomenon War Horse. Michael was Children’s Laureate from 2003 to 2005, and founded the charity Farms for City Children with his wife, Clare. He was knighted in 2018 for services to literature and charity.

A heart-warming tale of courage, set against the backdrop of the second world war, about an abandoned village, a lifelong friendship and one very adventurous cat!‘Classic Morpurgo brilliance’ – Publishing News