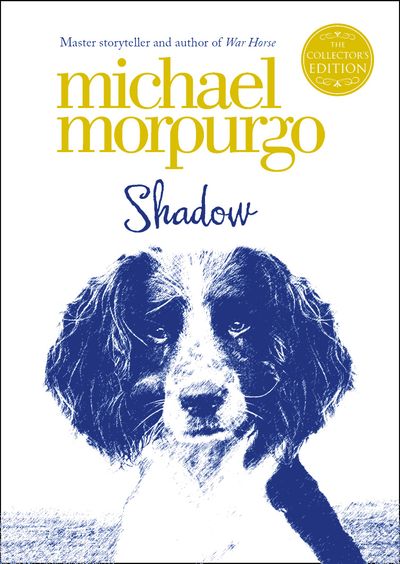 Luxury hardback collector’s edition of a powerful, moving novel by the best-selling author of War Horse.

This is the story of Aman, as told in his own words – a boy from Afghanistan fleeing the horror of the Afghan war.

When a western dog shows up outside the caves where Aman lives with his mother, Aman is initially repulsed – it is not customary for people to keep dogs as pets in his part of the world. But when Aman and his mother finally decide to make a bid for freedom, the dog Aman has called Shadow will not leave their side.

Soon it becomes clear: the destinies of boy and dog are linked, and always will be…

Author: Michael Morpurgo
Format: Hardback
Ageband: From 9
Release Date: 25/10/2012
Pages: 288
ISBN: 978-0-00-748469-0
Michael Morpurgo OBE is one of Britain's best-loved writers for children, and has sold more than 35 million books around the world. He has written more than 150 novels and won many prizes, including the Smarties Prize, the Whitbread Award and the Blue Peter Book Award, while several of his books have been adapted for stage and screen, including the global theatrical phenomenon War Horse. Michael was Children’s Laureate from 2003 to 2005, and founded the charity Farms for City Children with his wife, Clare. He was knighted in 2018 for services to literature and charity.

Luxury hardback collector’s edition of a powerful, moving novel by the best-selling author of War Horse.