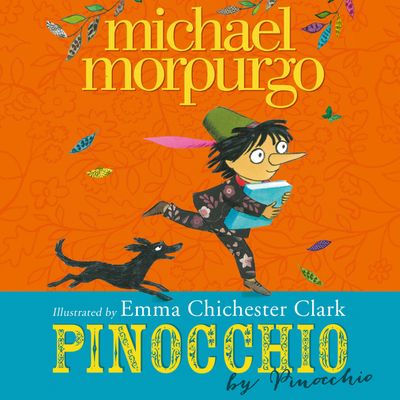 Author: Michael Morpurgo, Read by Michael Morpurgo
Format: Audio-Book
Ageband: From 8
Release Date: 01/01/2015
ISBN: 978-0-00-753545-3
Detailed Edition: Unabridged edition
Michael Morpurgo OBE is one of Britain's best loved writers for children. He has written over 100 books and won many prizes, including the Smarties Prize, the Whitbread Award and the Blue Peter Book Award.His novel War Horse has been successfully adapted as a West End and Broadway theatre hit and Steven Spielberg blockbuster film. A former Children’s Laureate, Michael is also the founder of the charity Farms for City Children.Emma Chichester Clark studied art at the Royal College of Art. She has worked as a freelancer for magazines, publishers and advertising agencies as well as teaching art for several years, but now dedicates most of her time to children’s books. She won the Mother Goose Award for Best Newcomer and has been nominated for the Kate Greenaway Medal.