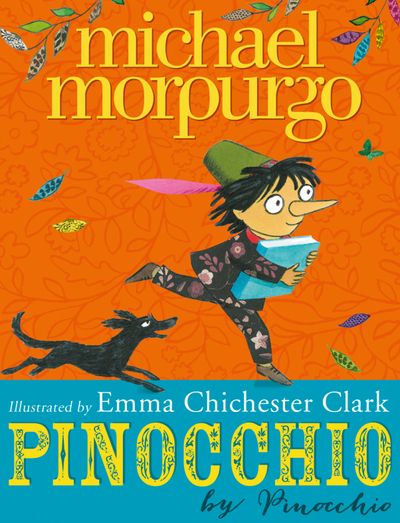 The perfect read for all ages, Pinocchio as you’ve never seen him before: telling his own story through the master storyteller and award-winning author of WAR HORSE.

Lavishly illustrated throughout in full colour by the acclaimed Emma Chichester Clark, this is a must-have for all book lovers, and an utterly charming and surprising adaptation of a much-loved tale.

Author: Michael Morpurgo, Illustrated by Emma Chichester Clark
Format: ebook
Ageband: From 8
Release Date: 26/09/2013
ISBN: 978-0-00-751298-0
Detailed Edition: Unabridged edition
Michael Morpurgo OBE is one of Britain's best-loved writers for children, and has sold more than 35 million books around the world. He has written more than 150 novels and won many prizes, including the Smarties Prize, the Whitbread Award and the Blue Peter Book Award, while several of his books have been adapted for stage and screen, including the global theatrical phenomenon War Horse. Michael was Children’s Laureate from 2003 to 2005, and founded the charity Farms for City Children with his wife, Clare. He was knighted in 2018 for services to literature and charity.Emma Chichester Clark studied art at the Royal College of Art. She has worked as a freelancer for magazines, publishers and advertising agencies as well as teaching art for several years, but now dedicates most of her time to children’s books. She won the Mother Goose Award for Best Newcomer and has been nominated for the Kate Greenaway Medal.

The perfect read for all ages, Pinocchio as you’ve never seen him before: telling his own story through the master storyteller and award-winning author of WAR HORSE.