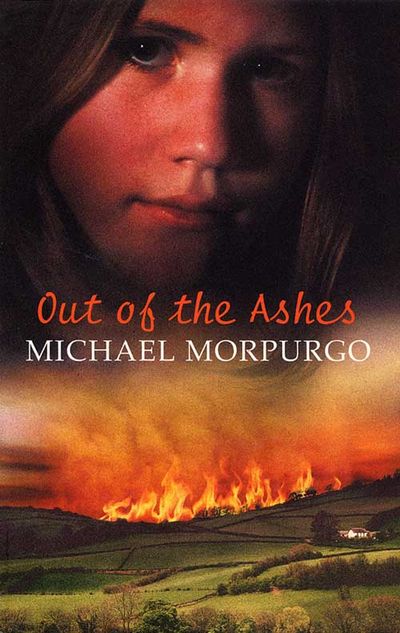 READ BY SOPHIE ALDRED
On January 1st 2001, Becky Morley begins to write her diary. By March 12th, her world has changed for ever…

When Becky Morley begins keeping her diary in January, foot and mouth disease is just an item on the news, something happening hundreds of miles from her family’s farm in Devon. But now the nightmare is a few fields away and local flocks are being destroyed. Will the Morleys’ animals be next? Will their cattle, their sows and piglets escape the cull? And what about Little Josh, Becky’s hand-reared lamb? The waiting and hoping is the most agonising experience of Becky’s life…

Out of the Ashes is a powerful and moving fictional account of true events by award-winning author, Michael Morpurgo.

Author: Michael Morpurgo, Read by Sophie Aldred
Format: Other
Ageband: 8 to 13
Release Date: 05/11/2001
ISBN: 978-0-00-713888-3
Michael Morpurgo OBE is one of Britain's best-loved writers for children, and has sold more than 35 million books around the world. He has written more than 150 novels and won many prizes, including the Smarties Prize, the Whitbread Award and the Blue Peter Book Award, while several of his books have been adapted for stage and screen, including the global theatrical phenomenon War Horse. Michael was Children’s Laureate from 2003 to 2005, and founded the charity Farms for City Children with his wife, Clare. He was knighted in 2018 for services to literature and charity.

READ BY SOPHIE ALDREDOn January 1st 2001, Becky Morley begins to write her diary. By March 12th, her world has changed for ever…