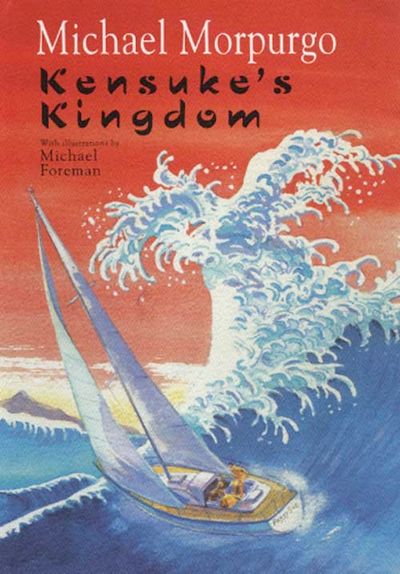 READ BY DEREK JACOBI
A desert-island adventure, and a subtle observation of friendship, trust and humanity. Winner of The Children’s Book Award.

When Michael is washed up on an island in the Pacific after falling from his parents’ yacht, he struggles to survive on his own. But he soon realises there is someone close by, someone who is watching over him and helping him to stay alive. Following a close-run battle between life and death, the mysterious stranger – Kensuke – allows Michael into his world and they become friends, teaching and learning from each other, until the day of separation becomes inevitable.

Author: Michael Morpurgo, Read by Derek Jacobi
Format: Other
Ageband: 8 to 13
Release Date: 05/02/2001
ISBN: 978-0-00-710860-2
Detailed Edition: Unabridged edition
Michael Morpurgo OBE is one of Britain's best-loved writers for children, and has sold more than 35 million books around the world. He has written more than 150 novels and won many prizes, including the Smarties Prize, the Whitbread Award and the Blue Peter Book Award, while several of his books have been adapted for stage and screen, including the global theatrical phenomenon War Horse. Michael was Children’s Laureate from 2003 to 2005, and founded the charity Farms for City Children with his wife, Clare. He was knighted in 2018 for services to literature and charity.

READ BY DEREK JACOBIA desert-island adventure, and a subtle observation of friendship, trust and humanity. Winner of The Children’s Book Award.