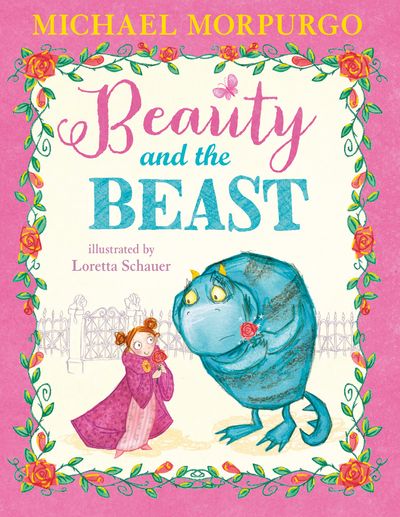 After encountering a fearsome beast at a mysterious palace, down-on-his-luck merchant Marco is forced to make a promise in exchange for his life: he must persuade one of his three daughters to return to the palace in his place – but she must come of her own free will. Complete with CD audiobook of the story read by the author.

Author: Michael Morpurgo, Illustrated by Loretta Schauer, Read by MIchael Morpurgo
Format: Other Format
Ageband: From 3
Release Date: 01/01/2015
Pages: 38
ISBN: 978-0-00-756411-8
Detailed Edition: Unabridged edition
Michael Morpurgo OBE is one of Britain's best-loved writers for children, and has sold more than 35 million books around the world. He has written more than 150 novels and won many prizes, including the Smarties Prize, the Whitbread Award and the Blue Peter Book Award, while several of his books have been adapted for stage and screen, including the global theatrical phenomenon War Horse. Michael was Children’s Laureate from 2003 to 2005, and founded the charity Farms for City Children with his wife, Clare. He was knighted in 2018 for services to literature and charity.Loretta Schauer has always had a passion for drawing and creativity, and honed her illustration skills through evening classes. In addition to her illustration, she works for Heath Hands, a charity dedicated to conservation and horticulture.Loretta lives in Highgate, North London with her husband Peter and their hamster, Eduardo.Beauty and the Beast is Loretta’s first picture book.

After encountering a fearsome beast at a mysterious palace, down-on-his-luck merchant Marco is forced to make a promise in exchange for his life: he must persuade one of his three daughters to return to the palace in his place – but she must come of her own free will. Complete with CD audiobook of the story read by the author.