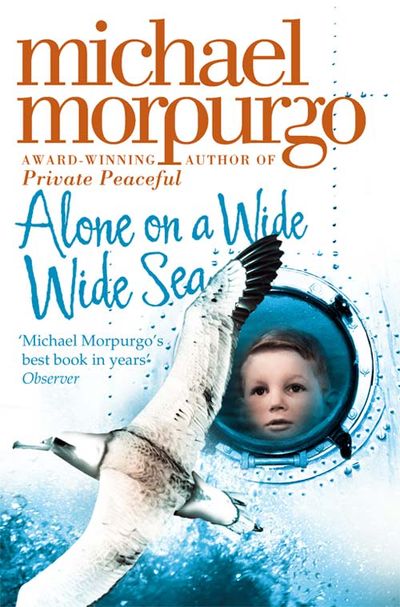 How far would you go to find yourself? The lyrical, life-affirming novel from the bestselling author of Private Peaceful and War Horse.

There were dozens of us on the ship, all up on deck for the leaving of Liverpool, gulls wheeling and crying over our heads, calling good-bye…
That is all I remember of England.

I was there on the quayside to see Allie take her out for the first time, saw her dancing through the waves, and I knew I’d never built a finer boat.

Author: Michael Morpurgo
Format: Paperback
Ageband: From 10
Release Date: 04/06/2007
Pages: 320
ISBN: 978-0-00-723058-7
Michael Morpurgo OBE is one of Britain's best-loved writers for children, and has sold more than 35 million books around the world. He has written more than 150 novels and won many prizes, including the Smarties Prize, the Whitbread Award and the Blue Peter Book Award, while several of his books have been adapted for stage and screen, including the global theatrical phenomenon War Horse. Michael was Children’s Laureate from 2003 to 2005, and founded the charity Farms for City Children with his wife, Clare. He was knighted in 2018 for services to literature and charity.

How far would you go to find yourself? The lyrical, life-affirming novel from the bestselling author of Private Peaceful and War Horse.