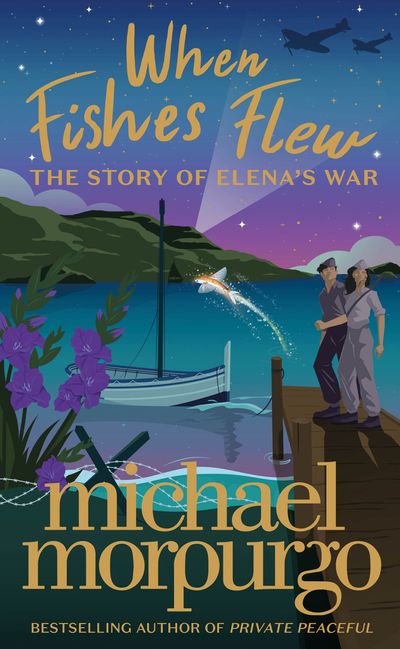 When Fishes Flew: The Story of Elena’s War

At her ancestors’ home in Ithaca, Australian-Greek girl Nandi discovers – through a friendship with a very unusual flying fish – the extraordinary story of her Auntie Elena; of how she fell in love and how she became an unsung hero of the Second World War.

But Elena has gone missing and Nandi has to find her. In her search, she will discover that Elena was an even greater hero than she thought – and still is . . .

Stunningly illustrated throughout by acclaimed artist George Butler, When Fishes Flew is a classic Morpurgo novel that will move and thrill readers of all ages.

Author: Michael Morpurgo
Format: Paperback
Ageband: 9 to 12
Release Date: 28 Apr 2022
Pages: 192
ISBN: 978-0-00-835219-6
Michael Morpurgo OBE is one of Britain's best loved writers for children, with sales of over 35 million copies. He has written over 150 books, has served as Children’s Laureate, and has won many prizes, including the Smarties Prize, the Writers Guild Award, the Whitbread Award, the Blue Peter Book Award and the Eleanor Farjeon Lifetime Achievement Award. With his wife, Clare, he is the co-founder of Farms for City Children. Michael was knighted in 2018 for services to literature and charity.

”'Morpurgo has the power to captivate, to make the incredible a reality” - The Times, Children’s Book of the Week