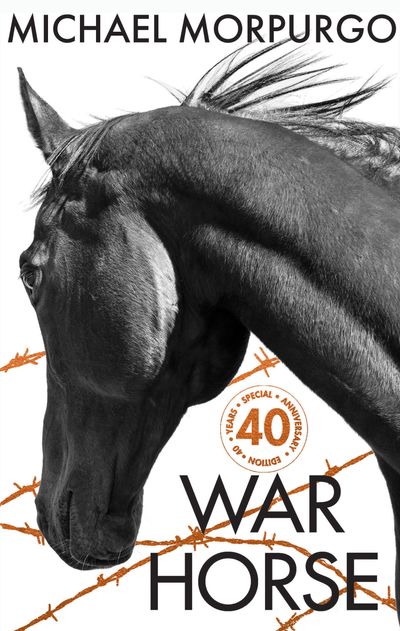 In the deadly chaos of the First World War, one horse witnesses the reality of battle from both sides of the trenches. Bombarded by artillery, with bullets knocking riders from his back, Joey tells a powerful story of the truest friendships surviving in terrible times.

One horse has the seen the best and the worst of humanity. The power of war and the beauty of peace. This is his story.

Author: Michael Morpurgo
Format: Hardback
Ageband: from 10
Release Date: 13 Oct 2022
Pages: 208
ISBN: 978-0-00-853571-1
Michael Morpurgo OBE is one of Britain's best loved writers for children, with sales of over 35 million copies. The author of War Horse, Kensuke’s Kingdom and Private Peaceful, he has written over 150 books, has served as Children’s Laureate, and has won many prizes, including the Smarties Prize, the Writers Guild Award, the Whitbread Award, the Blue Peter Book Award and the Eleanor Farjeon Lifetime Achievement Award. With his wife, Clare, he is the co-founder of Farms for City Children. Michael was knighted in 2018 for services to literature and charity.

”'Morpurgo, as always, is subtle and skillful, and incorporates social and moral issues into his writing without being self-righteous or detracting from the quality of the narrative” - Elizabeth Reilly, British Council