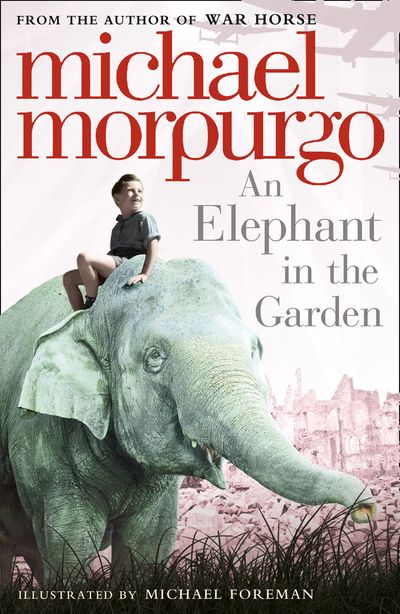 Dresden, 1945. Elizabeth and Karli’s mother works at the zoo, where her favourite animal is a young elephant named Marlene. Then the zoo director tells her that the dangerous animals – including the elephants – must be shot before the town is bombed. Unable to give Marlene up, their mother moves her into the back garden to save her… and then the bombs start to fall.

Their home destroyed, the whole family must flee the bombed-out city and through the perilous, snow-covered landscape, all the while avoiding the Russian troops who are drawing ever closer. It would be hard enough to do, without an elephant in tow…

Author: Michael Morpurgo
Format: Paperback
Ageband: from 7
Release Date: 09 Jun 2011
Pages: 240
ISBN: 978-0-00-733958-7
Michael Morpurgo OBE is one of Britain's best-loved writers for children, and has sold more than 35 million books around the world. He has written more than 150 novels and won many prizes, including the Smarties Prize, the Whitbread Award and the Blue Peter Book Award, while several of his books have been adapted for stage and screen, including the global theatrical phenomenon War Horse. Michael was Children’s Laureate from 2003 to 2005, and founded the charity Farms for City Children with his wife, Clare. He was knighted in 2018 for services to literature and charity.

Praise for An Elephant in the Garden -

'This is a handsome, very pickupable book. Brightly and informatively jacketed, its text punctuated by lovely, fluid ink and wash illustrations by Michael Foreman, it deserves a prominent place on school library bookshelves and, if there is any justice in the world, in bookshops.'Guardian -

'A thrilling and moving new novel about an extraordinary animal caught up in a very human war, for anyone who loved The Amazing Story of Adolphus Tips or The Butterfly Lion!' Waterstones -

'For readers aged eight and over, this captivating novel offers an insight into how Hitler came to power, refracted through the gaze of the young narrator.'Telegraph -

'Following the stage success of War Horse, Michael Morpurgo returns with another gem in his animals in war series, An Elephant in the Garden.'Telegraph - 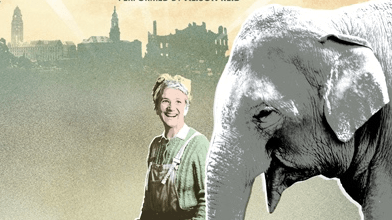 An Elephant in the Garden at the Globe Theatre

The hugely successful stage production An Elephant in the Garden is now back on at the Globe Theatre, with live music from cellist Clare O’Connell! Read More 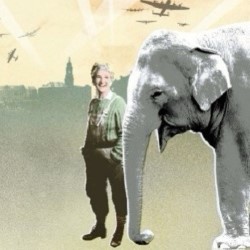 Edinburgh Fringe – An Elephant in the Garden

About the show: Lizzie, her mother and an elephant from the zoo flee the Dresden firebombing in the Second World War. Escaping the Allies from the West – and the Russians from the East – this extraordinary trio of refugees meet: an RAF officer who has bailed out of his… Read More

An Elephant in the Garden at Shakespeare’s Globe this summer

A new adaptation of Michael Morpurgo’s ‘An Elephant in the Garden’ is being shown at Shakespeare’s Globe this summer. 1945. Dresden, Germany. Lizzie, her mother – and an elephant from the zoo, flee the Allied fire-bombing in the end-game of the Second World War. Escaping the Allies’ advance from… Read More 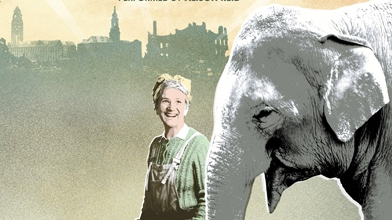 An Elephant in the Garden | Stage Adaptation | Bristol

An Elephant in the Garden is now on stage! Michael Morpurgo’s gripping, funny novel is currently on a Spring tour, receiving rave reviews: “Beautiful storytelling in action…stunningly performed by Alison Reid” – The Guardian On the 13th and 14th April 2017, the show will be at The Performing Arts Centre… Read More 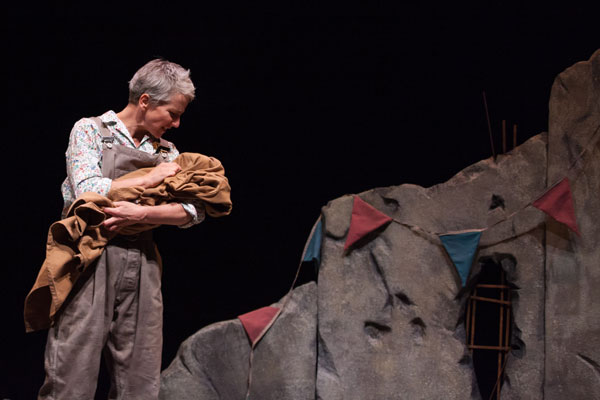 On Tour: An Elephant in the Garden