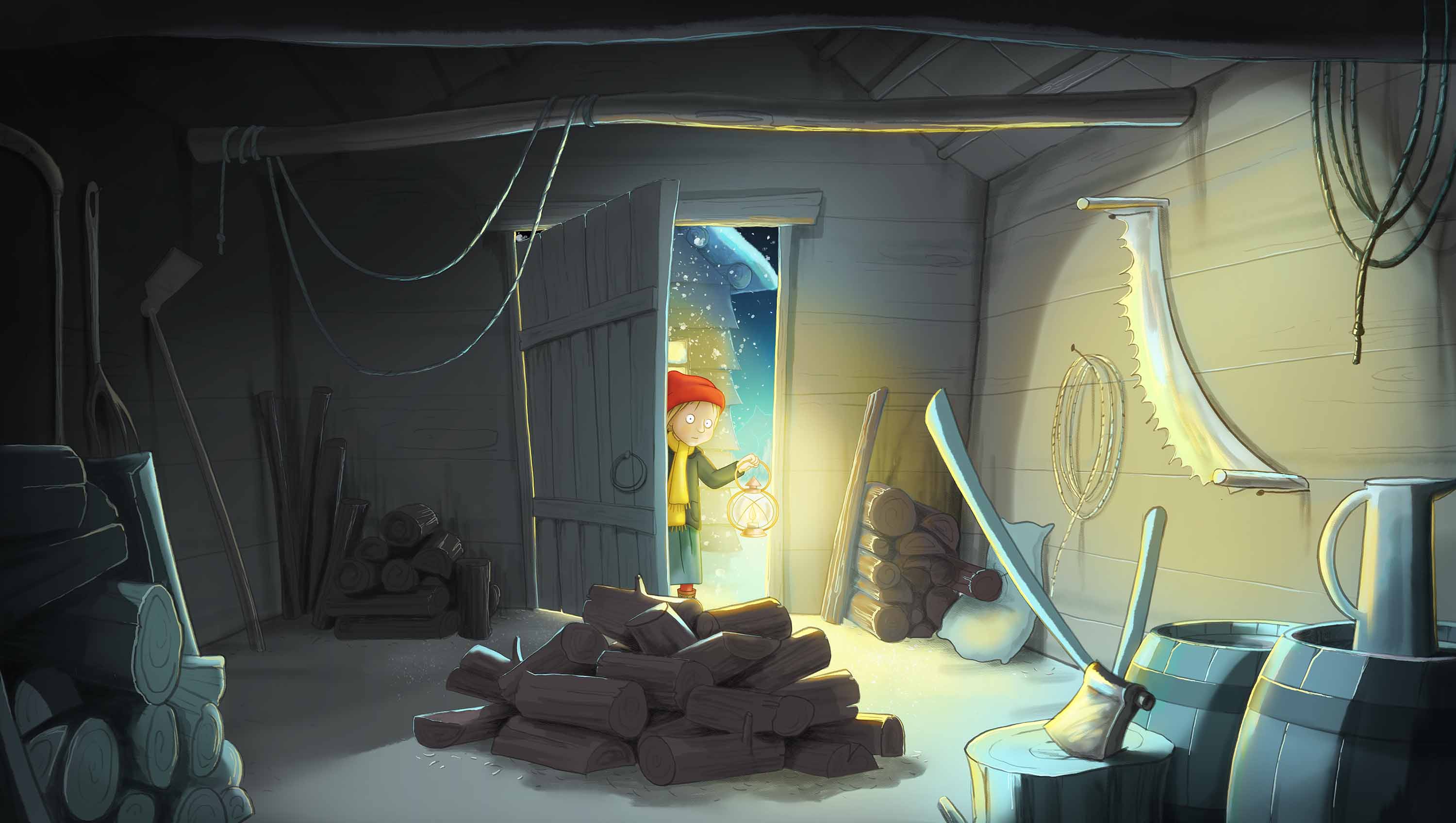 This Christmas, a special 2D animated adaptation of Michael Morpurgo’s ‘Mimi and the Mountain Dragon’ will premiere on BBC One!

The 25-minute adaptation of ‘Mimi and the Mountain Dragon‘ will first be introduced by the best selling author himself. Then, the story will be narrated through original classical music, written by Oscar-winning composer Rachel Portman. Portman’s score will be recorded by the BBC Philharmonic Orchestra and the Hallé Choir at Media City UK in Salford.

The animation is based on original illustrations by Emily Gravett and has been adapted for television by writer Owen Sheers. ‘Mimi and the Mountain Dragon’ tells the tale of a village terrified of the mighty Mountain Dragon who lives nearby. One winter, a shy little girl called Mimi finds a tiny baby dragon asleep in her family woodshed. Mimi goes on a perilous journey, through blizzards and darkness, to return the baby dragon to its mother – the fearsome Mountain Dragon herself…

Read Sir Michael’s own description of what inspired this magical family tale:

“Many years ago, in the Engadine Valley in Switzerland, I saw village children in red hats, cracking whips, ringing cowbells, banging drums, creating a great cacophony of noise, as they paraded up through the village. I asked why this was happening. They are driving away wicked spirits, I was told. So began my story of Mimi and the Mountain Dragon.